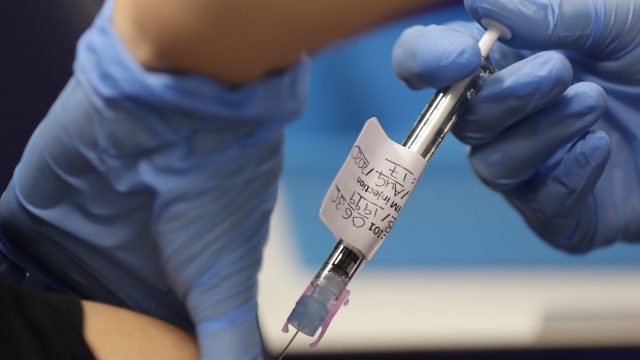 The FDA has faced pressure from President Trump to fast-track a vaccine.

The head of the Food and Drug Administration says his agency would be willing to fast-track a coronavirus vaccine — if it's appropriate to do so.

FDA Commissioner Dr. Stephen Hahn made the comments in an interview with "The Financial Times" over the weekend.

He told the paper he would be willing to grant emergency authorization for a vaccine before phase-3 clinical trials have finished if it's appropriate to do so adding, "This is going to be a science, medicine, data decision. This is not going to be a political decision."

Hahn made it clear emergency authorization is not the same as full approval. He said, "The legal, medical and scientific standard for that is that the benefit outweighs the risk in a public health emergency." It's likely emergency authorization would be given before clinical trials are over in order to vaccinate groups of people that are high-risk.

Hahn has faced pressure from President Trump to fast-track a vaccine. The president has claimed, without proof, that the FDA is deliberately slowing development to hurt his re-election chances.