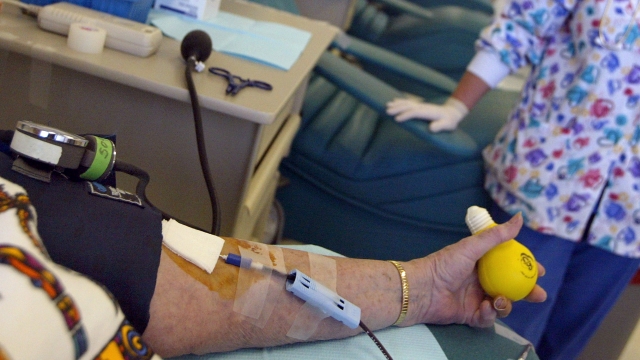 The FDA is considering a change to its policy that defers men from donating blood if they've had sex with another man in the past 12 months.

In the wake of the Orlando nightclub massacre, many gay men were disappointed to learn they couldn't donate blood to help the victims from their own community.

Currently, the Food and Drug Administration's policy recommends that blood centers defer donations from men who've had sex with other men in the past year. But that's being reconsidered.

Congressman Mike Quigley, who's on the Congressional LGBT Equality Caucus, told Time the shooting in Orlando "highlighted the discrimination gay and bisexual men face when attempting to donate blood to those in need."

The policy started as a way to reduce the risk of spreading HIV through donated blood. Since then, testing for HIV has greatly improved, but it's still not perfect.

The first part of changing the system involves the FDA asking for public comments on the "feasibility of moving from the existing time-based deferrals related to risk behaviors."

The FDA is looking to evaluate potential blood donors based on their individual behavior instead of time-based deferrals. It's unclear if or when the proposal would be implemented.

This video includes a clip from Orlando Sentinel and images from Getty Images. Music provided courtesy of APM Music.