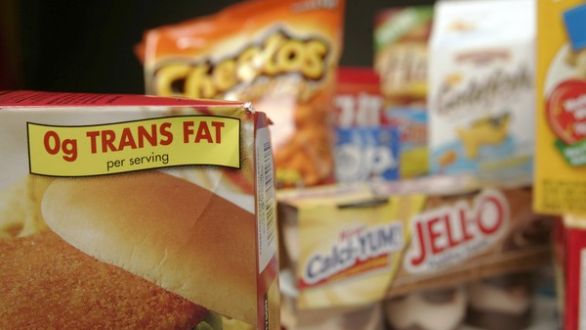 Thursday the FDA announced it will begin taking steps to get trans fats off grocery store shelves, but it could take months for consumers to see visible changes.

Cookies, popcorn, pizza, cake, biscuits — the list is endless. All those treats you hate to love may soon be off the shelves, banned by the Food and Drug Administration.

On Thursday, the FDA released this statement making it official that it is now targeting all foods containing trans fats and will begin the process of phasing them out of the food supply.

"Now remember, trans fats are fats that are created from saturated fats made to become solid. So it was processed in the beginning. We found that it was linked to heart attacks and death." (Via WTVT)​

The FDA claims this push could prevent 20,000 heart attacks and 7,000 deaths from heart disease every year.

Now, if this ban is successful, it will impact a large portion of the processed food industry. That's a lot of food and a lot of companies, but as The New York Times explains, this ban is going to be an uphill battle for companies trying to prevent it. (Via KOMO)

"Companies would have to prove scientifically that partially hydrogenated oils are safe to eat, a very high hurdle given that scientific literature overwhelmingly shows the contrary."

Yeah, so this potential change is a big deal for both consumers and the food industry. But don't expect your local grocery store to go bare-shelved anytime soon.

There’s no timeline in place for the phase-out, but the administration will allow a couple of months for public comment "on how such an action would impact small businesses and how to ensure a smooth transition if a final determination is issued." (Via Los Angeles Times)

And while there is a small amount of trans fats in some dairy and meat products, it would be virtually impossible to rid the shelves of all trans fats.

Now, it's been no secret trans fats are bad for your body.

"Since the early '90s there's been about 75 percent decrease of the amount of trans fats in our food. So some people are saying the FDA is kind of late to this party, the industry was already doing this, why didn't they do this earlier? But I suppose better late than never." (Via CNN)

This announcement is only the first step in a long process for the FDA — it could be quite some time before noticeable changes are made.