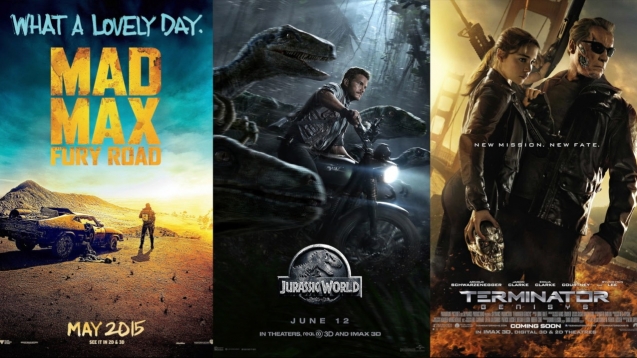 It turns out there might be a very basic human emotion behind the kinds of movies Hollywood produced this summer.

Reboots, remakes and long-awaited sequels — their sheer existence has been chalked up to a lack of new ideas, nostalgia, even laziness. But it turns out there might be a very basic human emotion at play here — fear.

As one film critic told NPR, "Well, it's kind of fear. When you spend $100 million on a movie, you really want to be sure someone is going to show up. And the best way Hollywood has figured out to get people to show up is to say, 'Remember that other film you liked? Here’s another one.'"

That was Los Angeles Times film critic Kenneth Turan, saying what we’ve all likely thought at one time or another — just being a little more forthright.

And he’s got a point. If you’re afraid of losing money, why not go with something that’s been a sure bet in the past?

According to data blog The Droid You’re Looking For, the total production budget of nearly 100 remakes made between 2003 and 2012, whose financials were available, came to nearly $4.8 billion. Compare that to the more than $12.3 billion those movies earned and you’ve got a healthy return on investment. Not to mention they only scored an average of 46% on Rotten Tomatoes — so they didn’t necessarily even have to be very good.

That doesn’t mean a remake is always a sure bet. As USA Today points out, horror movies — some of the most often remade — are particularly volatile.

And Disney’s "Tomorrowland" is a perfect example of a new idea being lost on audiences. According to The Hollywood Reporter the film could lose up to $140 million.

Of course, revenue is a big deal on the small screen as well, and TV isn’t exactly immune to the remake-reboot bug.

"Oh my f—ing god. 'The X-Files' is coming back to TV!" Nerdist's Jessica Chobot said.

Yahoo even has a TV reboot slideshow 30 deep. The headline? "Reboot-a-Palooza."

If rehashed ideas don't rub you the wrong way, though, 2015 should be a pretty good year. A "Vacation" reboot and the next film in a little series called "Star Wars" are due out later this year.