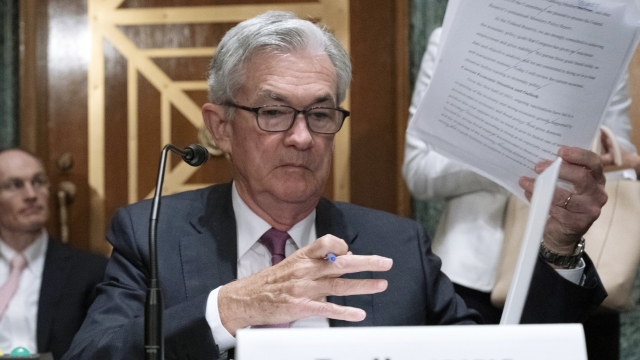 The spread of the COVID-19 Delta variant is raising infections, leading some companies and governments to require vaccinations and raising concerns about the U.S. economic recovery.

But on Wednesday, Federal Reserve Chair Jerome Powell injected a note of reassurance, suggesting that the delta variant poses little threat to the economy, at least so far.

“What we’ve seen is with successive waves of COVID over the past year and some months now," Powell said at a news conference, "there has tended to be less in the way of economic implications from each wave. We will see whether that is the case with the delta variety, but it’s certainly not an unreasonable expectation.”

Powell spoke after the Fed ended its latest policy meeting in which it signaled, for the first time since the pandemic began to ease, that the economy is moving closer to the “substantial further progress” it wants to see before reducing the $120 billion in bonds it is buying each month.

Powell: Inflation Will Likely Remain Elevated Before Fading This Year

Those purchases are intended to lower interest rates on longer-term consumer and business loans to spur more borrowing and spending.

A reduction in the bond buying, which likely won't start until the end of this year or early next year, would represent the start of a gradual pullback in the Fed's support for the economy.

Only when the bond purchases are completed is the Fed expected to begin considering raising its benchmark interest rate from zero, where it's been since the pandemic erupted in March last year.