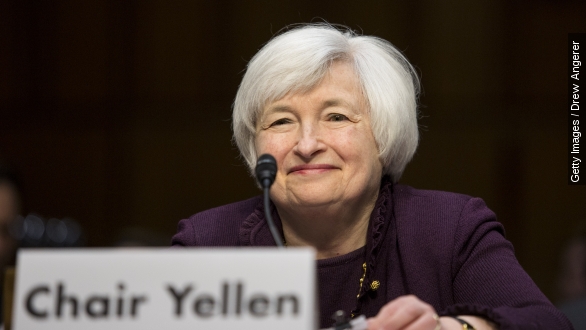 Business analysts had hoped the Fed's March meeting minutes would have clues to an upcoming rate hike, but it turns out the committee is indecisive.

The financial media has been speculating for months whether the Federal Reserve would begin raising rates in 2015. And it hasn't been easy, because the Fed has been sending some pretty mixed messages.

Analysts were hoping for some clarification Wednesday when the Fed released the minutes of its March meeting. But it turns out the indecision runs deep.

The minutes say several members of the Open Market Committee want to start raising rates as early as possible, most likely in June. Others don't think the economy will be ready until late this year and some even wanted to put it off until 2016.

Yeah, that didn't help anyone. Analysts went on business networks after reading the minutes to make their predictions, and they were all over the map.

"I think they want to get started at some point this year, so I think September is still a likely first increase," Wells Fargo's Brian Rehling told TheStreet.

The problem is that the Fed needs to raise rates. They're essential tools for controlling inflation and unemployment, but right now they're as low as they can get. The Fed has to inch rates upward so it has some room to maneuver.

But the timing is essential, because raising rates would most likely have a slowing effect on economic growth, and the Fed doesn't want to slow down the recovery.

There's also a lot of money on the line. Knowing the Fed's plans would give investors a leg up in deciding which assets to hold on to, so you can understand why all the vagaries could drive them up the wall.

Who knows? Analysts may even resurrect the tactic of judging the size of Alan Greenspan's briefcase for clues to the Fed's actions. Keep them guessing, Janet.