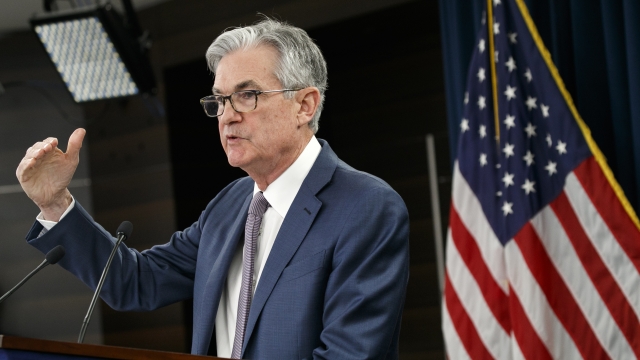 Despite a slight decline in the unemployment rate, the chairman of the Federal Reserve unveiled a forecast indicating a slow economic recovery.

On Wednesday, the Federal Reserve announced interest rates will remain near zero for at least another year and a half, an indication economic recovery in the U.S. won’t be as quick as some hoped.

But the Federal Reserve announced Wednesday it's not ready to raise interest rates and won’t be for quite some time.

“In March, we quickly lowered our policy interest rate to near zero, where we expect to keep it until we are confident that the economy has weathered recent events and is on track to achieve our maximum employment and price stability goals,” Federal Reserve Chairman told reporters Wednesday.

“What the June [Summary of Economic Projections] shows is a general expectation of an economic recovery beginning in the second half of this year and lasting over the next couple of years, supported by interest rates that remain at their current level, near zero,” Powell said.

In other words, Powell's forecast is for a yearslong recovery, even if the rate of economic growth ticks up next year to closer to 5%, as he expects.

A gradual recovery stands in stark contrast with the White House’s message of a fast so-called Transition to Greatness.

“It was a pretty sobering message from Powell, that at the end of this year that we’d still have unemployment still almost at 10%,” Sarah Binder, a senior fellow at the Brookings Institution, told Newsy. “Powell’s overwhelming message was there is a lot of uncertainty here.”

Despite uncertainty, Powell told reporters he doesn’t think the current economic situation is anything like the Great Depression of the 1930s.

However, he does believe there will be an extended period where it will be difficult for unemployed Americans to find work.