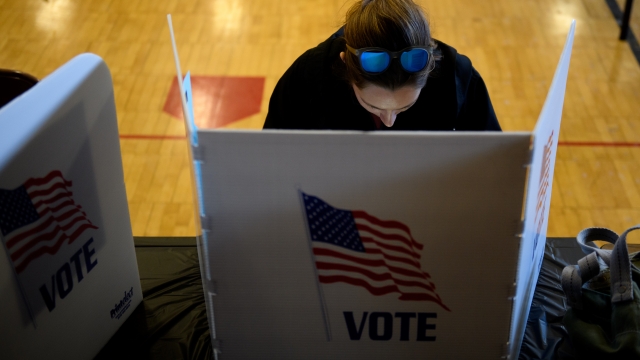 ​According to the Associated Press, a U.S. district judge said she will formally halt the ID requirement sometime next week.

A federal court has announced it will temporarily block a North Carolina photo ID law set to take effect in 2020.

According to the Associated Press, U.S. District Judge Loretta Biggs will formally halt the ID requirement sometime next week. The order will remain in effect until a preliminary injunction against the requirement is successfully appealed.

In 2013, North Carolina lawmakers passed a measure that required residents to present photo identification to vote. But an appeals court overturned the voting provision of that law in 2016, saying it was written "with racially discriminatory intent" and "target(s) African-Americans with almost surgical precision." A new version of the mandate was later put on the ballot as an amendment to the state's constitution in 2018. It passed with more than 50% of the vote.

The NAACP and others filed suit shortly after, arguing the latest version was a "barely disguised duplicate" of the 2013 law. North Carolina's Democratic Gov. Roy Cooper vetoed the bill, but the Republican-controlled Legislature overrode the veto.

The president of the North Carolina NAACP chapter praised the court's decision during a news conference Friday, calling the law, "the latest bad-faith attempt in a string of failed efforts by the [North Carolina] General Assembly to impede the right to vote of African Americans and Latinos in this state."

The North Carolina Republican party criticized the injunction as "yet another example of judges legislating from the bench." It also called on the state's attorney general "to appeal this decision and defend the voters of North Carolina."