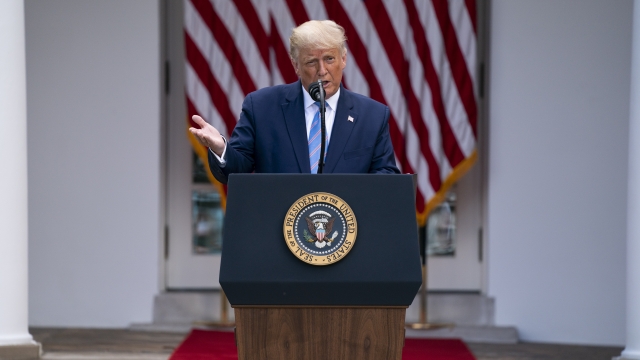 Officials say the tests made by Abbott can deliver results in about 15 minutes.

"We are announcing our plan to distribute 150 million Abbott rapid point of care tests in the coming weeks – very, very soon. This will be more than double the number of tests already performed."

The president said 50 million antigen tests will be distributed to nursing homes and assisted living communities as well as historically Black colleges and universities and tribal Native American schools. The other 100 million will go to governors in each state over the next few months in an effort to safely reopen schools. Governors can decide how to use the tests, but officials say the initiative is key in getting the country back on track.

The tests are made by Abbott Laboratories and can deliver results within 15 minutes. They're the size of a credit card and are the first to not require special computer equipment to process.

There's still questions surrounding the accuracy of rapid tests. Many health experts say rapid tests can give false positives and patients shouldn't rely on those results alone. However, when Newsy asked Admiral Brett Giroir, who leads the government's testing strategy, about the accuracy of these tests, he said they are the best option.

He said, "All tests have false positives and false negatives. Whether a laboratory based test or whether they're a rapid point of care test. ... When you do the math, these are better for outbreak control in congregate settings."