Judge Denies Manafort's Motion To Dismiss Some Of Mueller's Charges 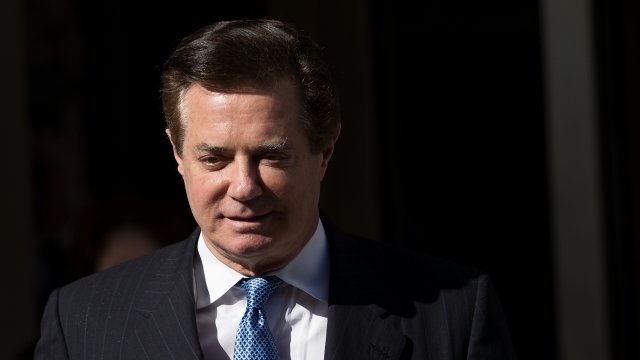 Paul Manafort's defense team argued that some of Robert Mueller's charges exceeded his authority. The judge was not convinced.

On Tuesday, a federal judge in Washington, D.C., denied the defense's motion to dismiss some of the charges.

Manafort's defense team argued Mueller didn't have the authority to file certain charges. But in her decision, Judge Amy Berman Jackson wrote, "The [Justice Department] regulations place no boundaries on who can be investigated or what charges can be brought."

The charges Manafort faces in D.C. include money laundering and conspiracy to defraud the United States. His trial is scheduled to start Sept. 17.