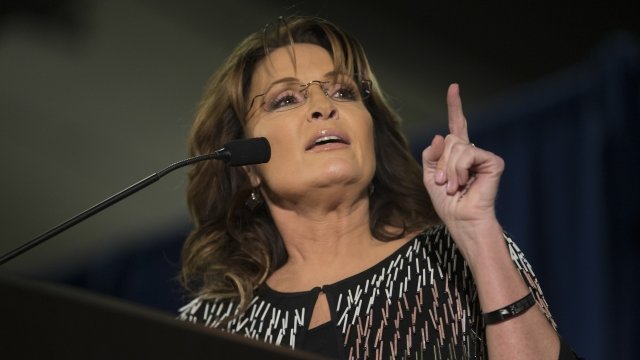 A federal judge has thrown out Sarah Palin's defamation lawsuit against The New York Times.

The former Alaska governor sued the paper in June. She claimed an editorial piece wrongly connected an ad from Palin's political action committee with the shooting of Rep. Gabby Giffords.

The lawsuit argued the connection was made despite the fact that previous Times articles "demonstrated that there was no direct and clear link between Mrs. Palin and [the shooter's] heinous acts."

President Trump pointed to past controversial acts of clemency to defend his pardon of former Arizona sheriff Joe Arpaio.

The judge said the paper's actions were "much more plausibly consistent with making an unintended mistake and then correcting it than with acting with actual malice."

The Times released a statement after the decision, saying the judge's "opinion is an important reminder of the country’s deep commitment to a free press and the important role that journalism plays in our democracy."