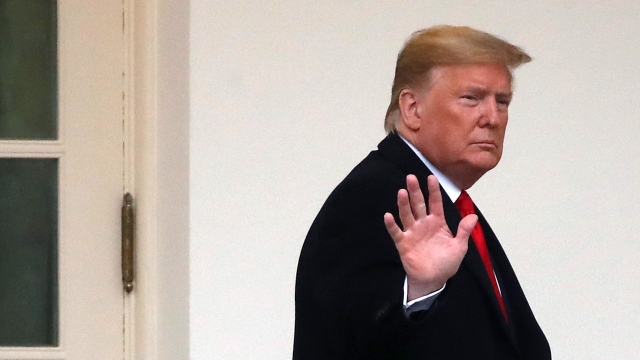 On Wednesday, a federal judge in Maryland blocked an executive order that allows state and local governments to decide whether to accept refugees.

The president's September order required local and state governments to "consent" and choose whether to accept refugees this year.

"We think that this executive order violates law and is quite frankly unconstitutional and discriminatory," said Evan Moilan, chair of the Board of Directors for the Lutheran Immigration and Refugee Service, one of three faith-based organizations that challenged the executive order in court.

Now that the judge has blocked the policy, a spokesperson for LIRS told Newsy they expect the administration to appeal quickly.

In September, the Trump administration justified the change, saying "close cooperation with State and local governments ensures that refugees are resettled in communities that are eager and equipped to support their successful integration into American society."

But federal law already lets local, state and federal governments collaborate on refugee resettlement. In Wednesday’s decision, the judge wrote: "One is left to wonder exactly what the rationale is for doing away entirely with a process that has worked so successfully for so long. And why now?"

Advocates say the motivation is political. "This is an important first step, but this fight is far from over," said Krish Vignarajah, president and CEO of LIRS, in a statement. "We do not expect the administration to back down from using these vulnerable people as political pawns."

On Friday, Texas became the first state to refuse refugees, and advocates worried about lasting impact on both the state's economy and on refugees already living in the state.

"At least three local resettlement offices agencies already had to close," Cindy Huang, vice president of strategic outreach at Refugees International, told Newsy. "It's important to remember they're not only providing services to the refugees who have just come. It could also mean a reduction in staff and services for those refugees who are still benefiting and need services."

In his decision, Republican Gov. Greg Abbott said, "Texas has carried more than its share in assisting the refugee resettlement process."

But advocates in Texas say that doesn't mean welcoming refugees should stop, especially for family members waiting to reunite.

"It's about home," Moilan told Newsy. "What do you call home? And when a family's been displaced due to violence or due to economic struggle, and they've been through a two-year process and they finally make it to our country, welcoming them home is something we should be proud of."

Before the ruling, 42 governors already opted in to refugee resettlement, including 19 Republicans.

"It's due to an unfortunate circumstance, but this has given a momentum to our work," said Huang. "And it's given a reason for people to speak out more vocally than they have in the past."

The judge's ruling comes before the Jan. 21 deadline for resettlement agencies to submit their proposals for federal funding. Under the executive order, those proposals would have to include state and local letters of consent to resettlement.