The Federal Reserve Will Once Again Begin Raising Interest Rates 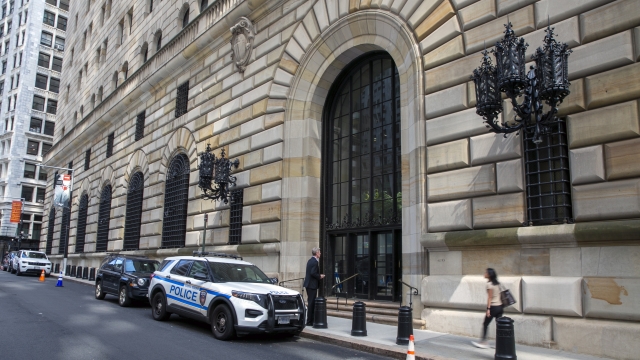 To ease inflation for Americans, the Federal Reserve will once again raise interest rates.

The Federal Reserve is expected to once again raise interest rates in an effort to ease inflation.

Brian Deese is the director of the National Economic Council.

"I think the state of the economy is demonstrating resilience in the face of very significant global economic challenges," Deese said.

The expected hike, of three-quarters of a percentage point, would put interest rates at 2.25% to 2.5%.

That's more than two points higher than the zero to 0.25% it started at in March.

The White House, meanwhile, is touting areas where prices are easing, such as the gas pump.

"I've been working to make sure that when the price of oil comes down, the price at the pump comes down as well and comes down in real time," President Biden said.

This comes as major companies, the economic engines of the country, forecast persistent issues that will keep their prices hard to drop.

"I think we're going to see supply challenges throughout this year and into next," said Mary Barra, the CEO of General Motors.

Rates spiked to make purchases on everything from new homes to new cars more expensive.

Economists are optimistic the U.S. system can handle higher interest rates ahead of another report this week. It's expected to show shrinking GDP.

Two quarters in a row of shrinking GDP is typically considered a recession.

But this time the Biden administration economists are pointing to positive indicators like employment and consumer spending to argue against that label.

"Certainly in terms of the technical definition, it's not a recession," Barra said.