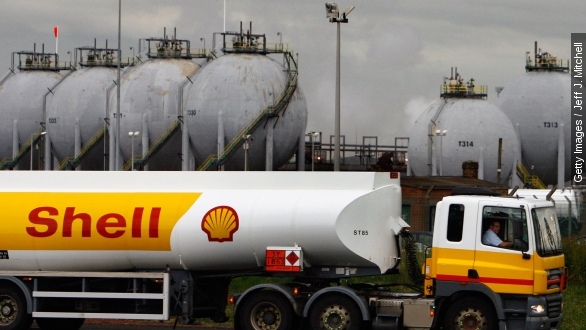 Shell has won conditional approval to drill for oil in the Chukchi Sea, a move that's infuriating for environmentalists.

Score a major victory for the oil industry as Shell now has approval to drill offshore in the Arctic, though there are restrictions.

Late Monday, the U.S. Bureau of Ocean Energy Management issued this letter listing 18 separate conditions for drilling in the Chukchi Sea, opening the door for Shell to invest another $1 billion in the region analysts believe holds vast oil reserves. (Video via Shell)

The feds' decision is a huge blow for environmentalists who argue a mistake in the Arctic could be even more devastating than the Deepwater Horizon rig in the Gulf of Mexico. The region for proposed drilling has far more extreme oceanic conditions and is more remote, making it hard for responders to reach a disaster if something went wrong. (Video via RT & U.S. Geological Survey)

"Right where Shell proposes to be drilling, we found more coral than people have seen in most other places in the world's oceans," said John Hocevar, a marine biologist for Greenpeace. "The pink, fuzzy bits — those are the soft corals and you see them fairly often."

Shell, however, has done a lot to try to ease concerns over its drilling plans in the Arctic, including this video released in 2012 with details on how its equipment would manage a blowout.

President Obama initially gave Shell the go-ahead to drill in the Chukchi Sea in 2012, but that same rig featured in the Shell video ran aground on New Years Eve 2012. A U.S. Coast Guard team rescued some crew members, towed the rig ashore and the Department of the Interior banned Shell from drilling until the company addressed safety issues. (Video via ODN)

The Bureau of Ocean Energy Management also released this letter finding no significant impact on human environment or physical environment, though the acting regional supervisor acknowledged the operation would be "highly controversial."

This video includes images from Getty Images and music from Broke for Free / CC BY NC 3.0.