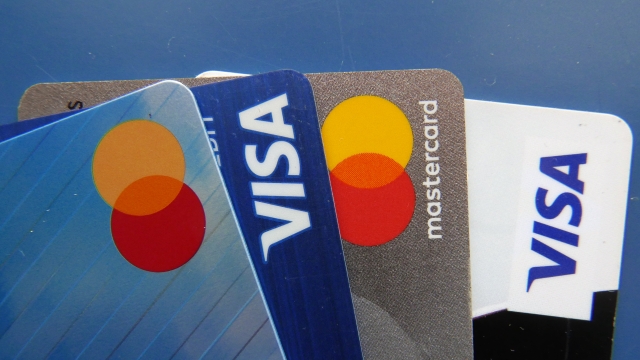 Buy now, pay later companies are giving people extra credit, but the government warns there are some downsides — fees, charges and data harvesting.

It’s holiday gift giving season and with many things costing more, consumers are looking for ways to buy presents without breaking the bank.

Buy now, pay later programs like Afterpay, Affirm and Klarna have a simple concept: Consumers can get that item immediately and divide the cost in a series of interest-free installments.

They’re especially appealing for people who are strapped for cash, have a low credit score or no credit at all — and the user base is exploding.

"There are over 50 million adults in the United States who do not even have credit scores let alone credit or credit cards. It’s an opportunity for those customers to be able to re-build their purchasing power," said Janell Townsend, an associate professor in marketing at Oakland University.

Juniper Research predicts this business model will grow from 360 million users worldwide this year to 900 million by 2027.

Of those on board, millennials and Gen Z make up the majority. But that’s leading some experts to worry about younger users who don’t have disposable incomes or a full understanding of how finances work.

"The people that need it most easily are the ones most susceptible to this kind of abuse as well. So we don’t want you to get in over your head. You want to have a real plan and at the end of the day it's always best to pay by cash," said Stewart Willis, co-founder and co-owner at Asset Preservation Tax and Retirement Services.

Many of the companies make money when you miss a payment, charging consumers penalty fees or interest.

Credit Karma found 34% of users had fallen behind on one or more payments. Experts say overspending becomes easy and so does racking up debt.

"You get into two, three different loans at the same time, and it becomes very hard to get out," said Mauricio Sanchez, a Denver resident who uses various buy now, pay later apps.

A Consumer Reports survey found that the vast majority of users were satisfied with buy now pay later.

But the federal government’s Consumer Financial Protection Bureau has issued some warnings. These services are designed to get people to buy more and borrow more and aren’t regulated as thoroughly as credit cards.

The Bureau also warns that the companies are harvesting data on customer buying habits.