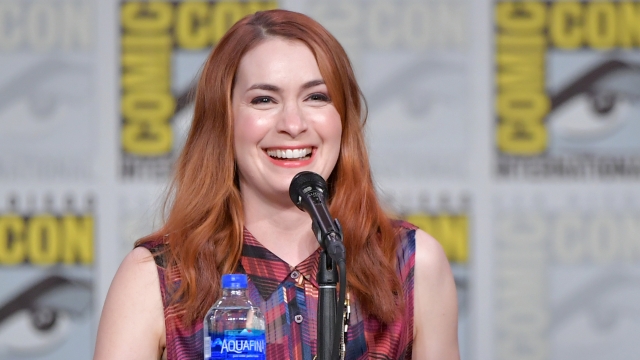 Felicia Day's work transcends television and the internet. The writer, producer and actress is known for her work in the Emmy award-winning web series "Dr. Horrible's Sing-Along Blog," The CW's "Supernatural" and Netflix's revival of "Mystery Science Theater 3000."

But before those titles, Day got her big break from "The Guild," an original web series that ran from 2007 to 2013. Critics hailed it as "platform-defining" and "trailblazing," since it was one of the earliest original series on YouTube.

"'The Guild' was a show that I created in my garage, and, like, we did it for six years there. And it was a huge phenomenon, which is, like, such a blessing."

"I think the internet has allowed me to be who I am and given me opportunities creatively that make me excited to make things. I mean, you know, web video revolutionized how we consume things. Whole generations have grown up on different kinds of media than our parents and things like that. Younger people than me have been just completely online all the time since birth. And it's like, it's a different world. And I know that every time technology comes along and uproots things, people are like, that's going to ruin people's lives. It's just change, and when we change, it's like flipping over a rock, right? Like, everything scatters a little bit, but then things start to grow again."

Today, the cultural phenomenon of web series has given way to the rise of other internet-based creators, streaming platforms with original content and new short-form video apps like TikTok.

"This is what's wonderful about disrupting media, right? Young people, especially, just have a direct avenue to each other. And they have the ability to tailor-make entertainment to what they actually like versus like what a bunch of older people in Hollywood say that you should like."