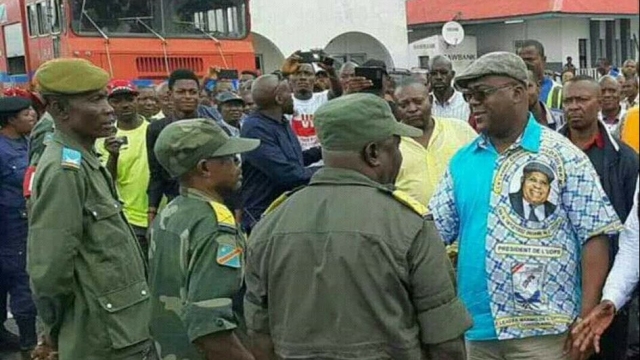 Election day was marred with problems, including voter registration issues and problems with polling machines.

Officials said Felix Tshisekedi won the election with 38 percent of the vote.

The announcement was a bit of a surprise as a different opposition leader, Martin Fayulu, was leading in the polls heading into the election in late December.

Election day was hit with several problems, including voter registration issues and problems with polling machines. The vote had been delayed for more than two years.

Voting in some areas of the country still hasn't happened yet due to ethnic violence and an Ebola outbreak. Those regions won't cast their ballots until March.

A conference of Catholic bishops served as election observers, and they calculated results as well. The group said Thursday that its results do *not match the provisional results announced by the electoral commission.

If Tshisekedi's win holds, he is set to replace current President Joseph Kabila. He's led the country for the past 17 years.