Felony Assaults With Guns Increasing In Hundreds of U.S. Communities 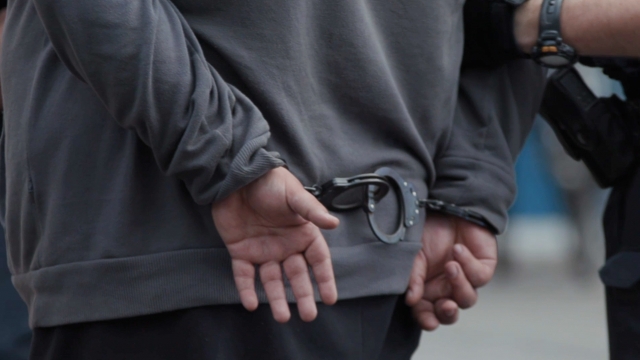 A Newsy analysis of recently released FBI crime data shows felony assaults with guns increased during the pandemic in the vast majority of larger communities that track and regularly report the incidents to the federal government.

Newsy examined the data for more than 500 law enforcement agencies, covering populations of 50,000 people or more reporting to the FBI from 2019 to 2021, the most recent years data is available. The agencies examined cover one-fifth of the U.S. population. Newsy found:

- Nearly 4 in 5 of the agencies (78%) studied had an increase in the number of felony gun assaults.

- Increases in gun assaults of 75% or more occurred for about one-third of the agencies reporting to the FBI system, including cities like Austin, Portland, Louisville and Seattle.

"Gun violence is on the rise and it’s terrible that this is happening," Salt Lake City Police Chief Mike Brown said in June, while calling for an "all-hands" approach to tamp down a rash of gun crimes. Brown’s plea to bring the city together came after an incident where four people were shot in an apartment complex with families nearby.

"I can’t imagine what it was like for parents at that apartment complex who had children outside playing in the courtyard when bullets began to fly," he said.

In October, the FBI released the 2021 edition of its annual crime report, which for the first time required participating law enforcement agencies to report new details about every individual offense, including specifics about when a weapon was used and what type. The FBI’s National Incident-Based Reporting System (NIBRS) replaced the prior version of the uniform crime report, which had only required agencies to report total tallies of different crimes.

Newsy previously reported that when the FBI began requiring agencies to switch to the more detailed way of reporting, thousands of law enforcement agencies that used to report crime numbers, including some of the largest in the country, stopped. Still, the newly released crime data for 2021 included unusual detail for roughly 11 million criminal offenses, marking more detail about more crimes than had ever been released by the FBI.

Newsy discovered that the large increase in gun assaults stood out among other trends in the agencies studied. Assaults with other weapons like knives or blunt objects largely remained flat, as did assaults with "personal weapons," like hands, fists, and feet.

"The rise in aggravated assaults with a firearm is certainly concerning," said Matthew Longshore, a public information officer for the Aurora Colorado Police Department. In Aurora, felony gun assaults increased from 393 incidents in 2019 to 852 last year.

Longshore said the department put together a special response unit to target the crimes, which he said are often tied to stolen vehicles there. He noted that during arrests of car thieves in the city, police had, in several instances, also "recovered multiple guns in the process."  Despite the additional efforts, gun assaults are up again in Aurora so far this year, compared to this time last year.

"In certain jurisdictions we have been seeing those increases," said Alex Piquero, director of the Department of Justice’s Bureau of Justice Statistics. Piquero, who for years was called one of the top criminologists in the world, sat down with Newsy for his first television interview since being sworn in this August.

"Anytime you see a short-term increase, you have to pay significant attention," Piquero said, adding that crime trends during the COVID period differ widely from one community to the next. "There were almost no break-ins in the United States in houses. Why is that?  Everybody was at home. But there were a lot of thefts from restaurants in New York City because no one was guarding all of the very important equipment that was sitting there."

While acknowledging short-term spikes in some kinds of crime in certain cities, Piquero emphasized overall crime trends in the U.S. are flat, and not moving in the direction many Americans fear. In all 20 of the last polling years for Gallup, the majority of Americans said they believed crime had risen nationally. "We are in print with my name as the director on a report that says that the trends are consistent with one another and they are relatively flat,” he said. "Comparisons that we've done with two different data sets — different ways of collecting data, different populations, (lead to the) same substantive conclusion."

The two main federal datasets criminologists use to track crime are the FBI’s NIBRS database, which tracks all crimes reported to the police, and the BJS National Crime Victimization Survey, which can pick up trends in crime never reported to police by surveying a sample of 100,000 people. According to BJS, both datasets show the same trend — no increase in violent crime from 2020 to 2021. That includes things like rape and sexual assault, robbery and aggravated assault.

The BJS data excludes murders from its findings, as victims of that crime cannot participate in the survey. Piquero says the FBI data, on its own, points to a credible increase "for a very small swath of time" in that crime during the pandemic.

Murder Rate Surges During Pandemic, Before Beginning to Drop in 2022

Between 2019 and 2020, the murder rate in the U.S. climbed by nearly 30%. It continued to rise in 2021, before beginning a decline this year, according to the crime research firm AH Datalytics.

According to SafeHome.org’s analysis of the FBI’s National Instant Criminal Background Check System data, Americans bought 21.6 million guns in 2020 — a 60% rise from 2019. Though sales declined in 2021, they were still higher than pre-pandemic, and going back to at least 2000.

A Newsy analysis of Bureau of Alcohol Tobacco and Firearms tracing data showed changes in gun time-to-crime, or the time between the first retail purchase of a gun to the time it was either used or suspected to have been used in a crime. Between 2019 and 2020, there was a 90% increase in the number of recovered guns from crimes that had been bought less than seven months earlier.

BJS director Piquero says he expects short-term up and down surges to continue in some crime types nationally, but says it is also important to examine crime in the U.S. with a longer lens. "If you looked at the long-term trends in the United States since the early 1990s, we are still lower on crime than we were in the 1990s."

Rosie Cima and Meghan Sullivan contributed to this report. You can email  Mark Greenblatt , Amy Fan or Carrie Cochran with questions about this story or other tips for a new investigation.