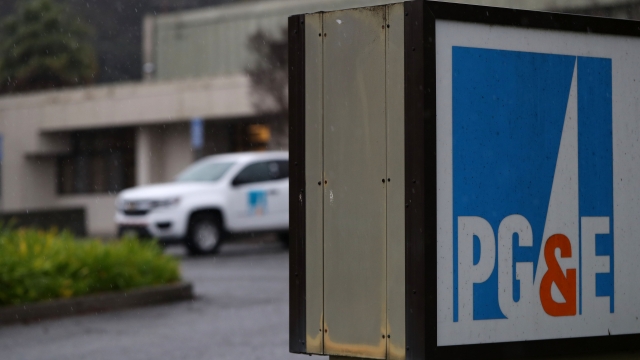 Last year, PG&E reached a $13.5 billion settlement deal for wildfire victims. FEMA says it's entitled to about $4 billion of that sum.

After negotiating a settlement fund for victims of several California wildfires, Pacific Gas & Electric, or PG&E, is now facing off with FEMA. The agency is trying to get back a portion of the money it spent helping fire victims from 2015 to 2018.

Last year, PG&E reached a $13.5 billion settlement with the victims of wildfires that were sparked by its equipment.

FEMA is reportedly asking PG&E to reimburse nearly $4 billion it spent on aid and other expenses. That $4 billion would have to come from the settlement fund. If PG&E doesn't pay, FEMA believes it may have to recoup money from people who try to claim part of the settlement fund after already receiving a federal payout.

During a media call on Monday, FEMA Regional Administrator Robert Fenton said the agency's intention is only to hold PG&E "responsible and accountable for the billions of dollars taxpayers provided to assist individuals and communities affected by the wildfires."

PG&E's lawyers say the government agency isn't entitled to any money from the settlement fund, and dozens of lawmakers sent a letter to FEMA's acting administrator condemning his decision.

The letter says, in part, that "FEMA's reputation as an honest and fair partner will be diminished" if it tries to collect money from PG&E, and it asks FEMA to reconsider.

PG&E filed for bankruptcy protections early last year, and a hearing on a potential settlement between FEMA and the utility is set for Feb. 11.