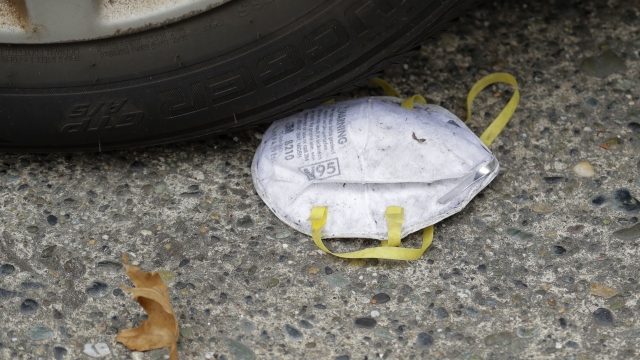 The House oversight committee released new documents from FEMA that show shortages in supplies for states to fight the coronavirus.

The House Oversight and Reform Committee released documents Thursday showing requested protective equipment and medical supplies aren't being delivered in full to certain states or the District of Columbia.

The committee said FEMA admitted domestic businesses producing PPE were "not moving fast enough for any of us", but that FEMA "pushed back on suggestions that the Administration should take a more active role."

The report says the Department of Health and Human Services knew the U.S. would not have enough N95 masks to respond to an infectious disease outbreak months ago. It also said the administration has asked doctors to reuse PPE, despite the health risks that can pose.

FEMA told the committee there are only 9,500 ventilators left in the national stockpile and about 3,200 more will arrive by April 13. The agency also said most of the 100,000 ventilators President Donald Trump has promised won't be available until at least late June. During a briefing Wednesday, FEMA officials said the demand for ventilators surpasses the number in the Strategic National Stockpile and those provided by the Department of Defense.

The committee's chairwoman, Democratic Rep. Carolyn Maloney, called on the president to "take all steps within his authority to get personal protective equipment and medical supplies to our nation's frontline responders who are risking everything to save their fellow Americans."

It's unclear when more equipment and supplies will be available to states.