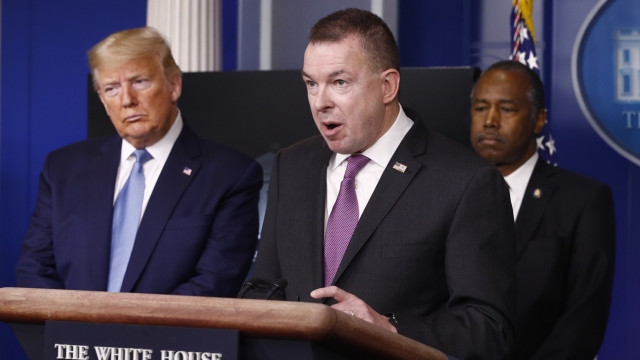 FEMA says it's shipping out face masks, respirators and other supplies needed to combat the coronavirus.

The chief of FEMA said loads of vital medical supplies and face masks are being sent to hospitals that are in dire need amid the coronavirus pandemic.

Administrator Peter Gaynor said in an interview that President Donald Trump appointed FEMA last week to handle all federal operations surrounding the issue. But when asked about the number of masks being distributed, Gaynor could not specify the quantity.

"I can't give you a rough number. I can tell you that it's happening every day. And my mission is operational coordination of all of these things. And that's my focus. So whether it's, uh, supplies, vents, uh, you name it, we are finding it, identifying it and shipping it to those who have requested it."

That raised some questions and concerns, as many health care officials have said the U.S. does not have enough supplies stockpiled to fulfill the increasing need.

Illinois Gov. J. B. Pritzker said although FEMA is helpful, his state is struggling to get the medical supplies it needs due to heightened competition with states including New York and California.

According to Johns Hopkins University, as of Monday the U.S. had more than 41,000 confirmed cases of the virus and nearly 500 deaths.