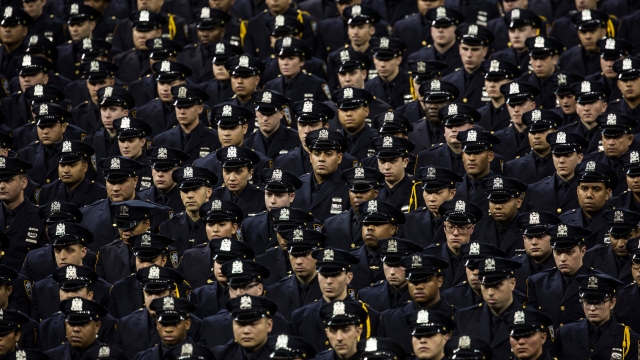 Female officers tend to be more verbal than physical, according to research.

Since 2005, 77 police officers have been charged with manslaughter or murder over an on-duty shooting. Only three of those officers were women.

Tulsa police officer Betty Jo Shelby is the most recent woman to face charges; she was accused of first-degree manslaughter Thursday after she fatally shot Terence Crutcher.

But Shelby's case is rare. The New York Times reports female officers are estimated to be responsible for only a handful of the approximately 1,000 people killed by police officers each year.

That's partly because there aren't many women in policing. A 2010 survey from the Bureau of Justice Statistics found women make up only 15 percent of the force in large local police departments.

But even proportionately, female police officers have been found to use less force and incur fewer excessive force complaints then their male counterparts.

Former Houston Mayor Annise Parker says female cops are "more likely to control the situation with voice and presence than any kind of physical tool."

If Shelby is found guilty of manslaughter, it'll be a rare verdict. The other two on-duty female officers who faced similar charges since 2005 were not convicted.