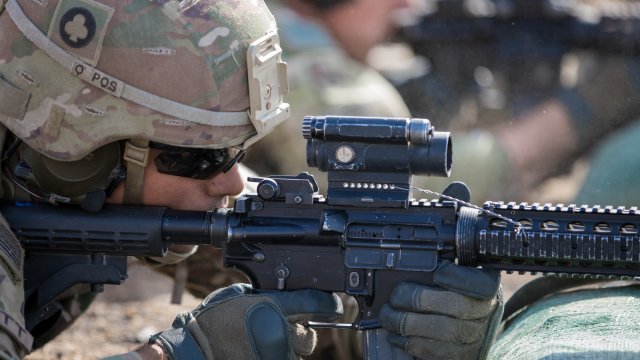 The U.S. has long given immigrants in the military a fast track to citizenship. But a Newsy analysis finds that privilege is eroding under Trump.

For more than 200 years, the U.S. has rewarded some immigrants serving in the U.S. military with a fast track to citizenship.

But under the Trump administration, a Newsy analysis of quarterly government data finds a steep drop in the number of military immigrants becoming citizens.

Between 2016 and 2018, the number of service members gaining citizenship decreased by more than 50%. And the downward trend is continuing in 2019.

That's mostly because there are fewer military members and veterans applying for naturalization in the first place.

But at the same time, the government has also dramatically increased the rate that it denies naturalization applications by service members.

That denial rate surged to more than 20% in mid-2019, from only around 5% in the final year of the Obama presidency.

As a result, service members are now less likely than foreign-born civilians to be granted citizenship.

Analysts point to major 2017 policy changes by the Trump administration for the downward trends.

Those include a longer vetting process for non-citizens hoping to enlist in the army, a new minimum of 180 days of service before they can seek citizenship, and a new requirement that only high-ranking officers certify they have served honorably.

Former Defense Secretary Jim Mattis said in 2017 that the changes were needed to protect the military from potential spies within its new recruits.

A Citizenship and Immigration Services (USCIS) spokesperson told Newsy that the agency does not track reasons for denials and that military applicants must meet all statutory requirements to qualify for naturalization.

The spokesperson said that "USCIS will continue to support non-citizens who are serving, or who have served, in the U.S. armed forces and are eligible to apply for naturalization."

But advocates argue that the centuries-old incentive for non-citizens to serve in the military is all but disappearing.

An immigration legal aid group is now even recommending that service members and veterans apply for naturalization the civilian way to speed things up.