Fiat Will Invest $1B In US Like Ford; Both Get Praise From Trump 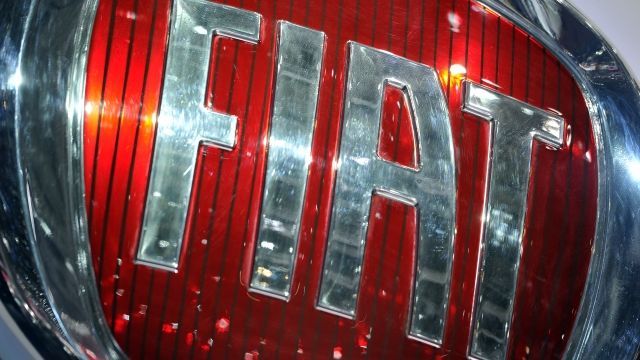 Fiat's $1 billion U.S. investment plan is a year old, but a well-timed announcement and a little praise from the president-elect didn't hurt.

Fiat says it will invest $1 billion in plants in Michigan and Ohio, which will create 2,000 jobs.

Fiat Chrysler Automobiles announced the plants will produce three new Jeeps and a Ram pickup by 2020. All are currently produced in Mexico.

The investment is the second phase of a year-old plan, but that didn't keep President-elect Donald Trump from applauding the plan in a pair of tweets.

He also mentioned Ford's recent decision to invest in and expand plants in Michigan rather than Mexico.

This happened only a few days after Trump called out General Motors for importing some Chevy Cruze sedans to sell in the U.S.

GM CEO Mary Barra responded to Trump's criticism by saying the company wouldn't change its production plans in Mexico. Barra is one of several CEOs who will advise Trump on the economy.

Trump has been pushing auto companies to invest in the U.S., threatening a 35 percent tariff on vehicles imported from south of the border.

Fiat's CEO told reporters, "We don't make investment decisions based on risk of a tweet." It's also worth noting the announcement lines up with the start of the North American International Auto Show.

"No, I think it's a competition of announcement — who's going to invest what in the U.S. Most of it has already been committed before," Ellinghorst said. "Especially around the Detroit auto show, everyone wants to come out and just make an announcement that they're spending money in the states."

Ford's CEO criticized Trump's 35 percent tariff idea in November. Now, he says the investment in Michigan plants was inspired partially by the "pro-growth policies" Trump is talking about.