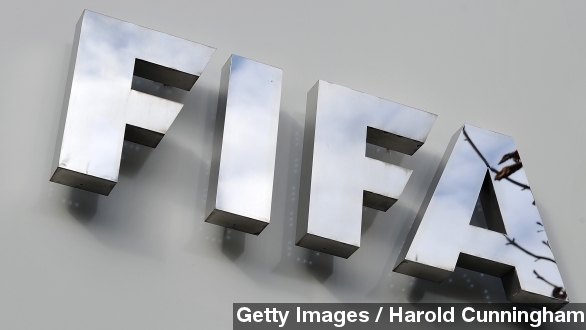 FIFA has filed criminal charges against individuals involved in bidding for the 2018 and 2022 World Cups, but is it just trying to cover its tail?

Looks like FIFA and its President Sepp Blatter are trying to shake accusations of corruption by filing criminal complaints against some unidentified individuals involved in the bidding for the 2018 and 2022 World Cups.

FIFA lodged the complaint Tuesday with authorities in Switzerland, where the organization is headquartered, because of suspicion that "international transfers of assets with connections to Switzerland took place, which merit examination by the criminal prosecution authorities."

This comes less than a week after the governing body's ethics chair released a report that cleared Qatar and Russia of wrongdoing — a report that was criticized by FIFA's chief investigator Michael Garcia. (Video via SPOX)

ESPN: "More questions are still being asked of FIFA. Much to the anger of the lawyer who wrote it, the report hasn't been published in full. Instead, a shortened version has been released."

But Garcia says it's not just shortened, it's flat-out wrong. He complained there were "numerous materially incomplete and erroneous representations of the facts."

So that all set the stage for Tuesday's news, which was greeted with a fair measure of skepticism, with an analyst for Sky News saying this could be FIFA trying to further cover its behind because the Swiss justice system isn't too transparent.

PAUL KELSO, SKY NEWS: "I think what it does mean is the full investigation, corruption report, that people have been calling for the publication of, that will now be passed to the Swiss attorney general. I think that means there's almost no chance of that being made public in the short term."

Then again, in engaging the Swiss authorities, which actually have the power to subpoena documents and force people to cooperate with their investigation, FIFA could be putting itself at risk.

DAN ROAN, BBC: "Equally what it could do, of course, is unearth evidence that puts more pressure on FIFA to strip Qatar and Russia of the right to host the World Cup. It could go either way."

FIFA hasn't identified the individuals at the center of the complaint, and it's still denying the possibility of stripping Russia or Qatar of the 2018 and 2022 World Cups respectively.