Figure Skater, Pence Seem To Set Aside Differences Before The Olympics 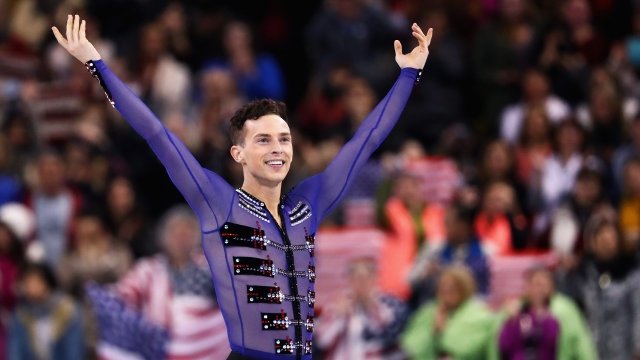 American figure skater Adam Rippon and Vice President Mike Pence appear to have set aside their differences before the 2018 Winter Olympics.

Rippon said Thursday he's open to meeting with Pence after the games, as reports say there's a rift between the two.

In mid-January, Rippon, who's openly gay, reportedly criticized the White House choosing Pence to lead the U.S. delegation at the Winter Games — largely because of Pence's track record with LGBTQ rights.

The city announced its intentions to bid for the 2030 Winter Games on Wednesday.

Then a news story surfaced this week claiming Pence "was so concerned" about the criticism he asked to meet with the Olympian and that Rippon wouldn't do it. Pence called that report false.

Still, Pence tweeted at Rippon on Thursday to not let the "fake news" distract him and that he's proud of Rippon and all U.S. athletes competing in the Winter Olympics.