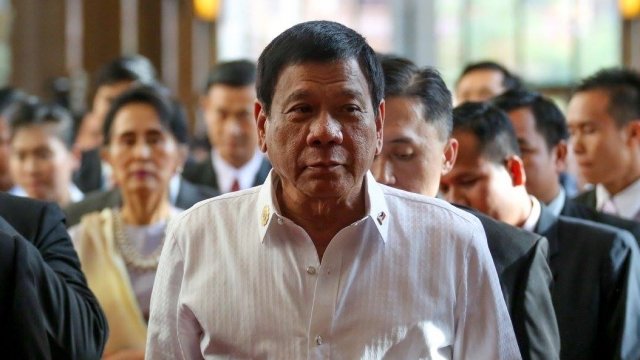 The Commission on Human Rights is currently investigating Duterte's deadly war on drugs.

After lambasting activists for more than a year, Philippine President Rodrigo Duterte could soon succeed in gutting his country's own human rights commission.

On Tuesday, the Philippines' House of Representatives budgeted just 1,000 pesos — roughly $20 — for the Commission on Human Rights. This should come as no surprise, considering the president's heated and sometimes violent statements toward the group.

"If they are obstructing justice, you shoot them," Duterte said.

The CHR faces criticism from the president and his allies for its investigation into the extra-judicial killings related to Duterte's campaign against illegal drugs. The Philippine National Police linked the drug war to more than 7,000 deaths between July 2016 and January 2017. More than half of those killings weren't part of police operations.

One Year Later: Rodrigo Duterte's Presidency Is Tough, But Popular

Despite criticism from outside the country, 75 percent of Filipino citizens approve of their president.

The Philippine government created the CHR after the removal of dictator Ferdinand Marcos. It is the oldest national human rights institution in Southeast Asia.

Duterte and his allies oppose the human rights investigations and have stigmatized activist groups. They argue the CHR protects criminals.

The measly budget was intended to be a killing stroke for the agency — because neither the president nor Congress can abolish the CHR without constitutional reform — but it still has to go through the Senate for approval.

Even with an almost non-existent budget, the CHR said it will continue to operate. The organization said in statement, "Despite these circumstances, we will not turn our backs on our Constitutional duty to render justice for all and give everyone their due."