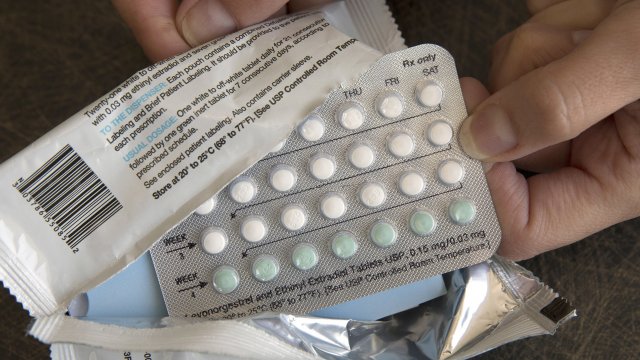 There are no approved male birth control pills on the market.

There are numerous options for birth control on the market —for women, that is.

The FDA first gave approval to a contraceptive pill for females in 1960. Today, 65% of women aged 15 to 49 currently use a method of contraception, according to the latest data from the Centers for Disease Control and Prevention.

The agency says 14% of the age group regularly take an oral contraceptive pill.

For men, it’s a different story. There are no approved male birth control pills on the market.

Efforts for a similar pill for men have existed since the 1970s.

Now scientists believe they are closing in on an answer.

Researchers at the University of Minnesota say the male contraceptive they've tested has a 99% efficacy at preventing pregnancy in mice.  It has not been studied in humans.

They revealed their findings for the first time at an American Chemical Society meeting in March.

The pill targets a vitamin A-producing protein that plays a role in cell growth, and sperm formation.

Scientists gave the non-hormonal compound to mice for four weeks.

During that time, researchers found the drug knocked out a gene that dropped their sperm count, rendering them sterile.

When the treatments stopped, scientists found the mice returned to normal virility in four to six weeks, without any side effects during the study.

Researchers say this was a welcome sign, as most current compounds studied target testosterone, the male sex hormone, which could have side effects like weight gain and depression.

Human clinical trials could start at the end of the year.

Other male contraceptives are also under research.

That includes a hormonal skin gel, applied to a man’s shoulders once a day.

Lead researchers say it may still be at least five years away from governmental approval.