Fiorina Falsely Says Generals Were Ousted For Disagreeing With Obama 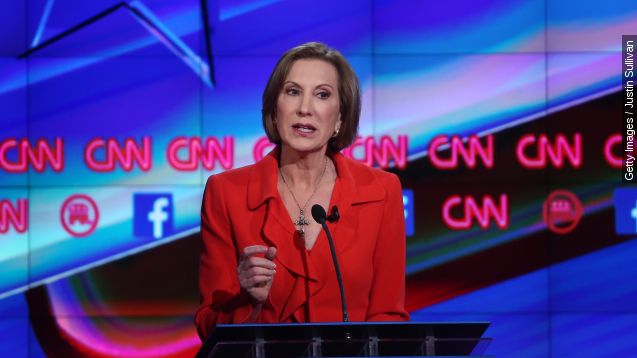 Republican candidate Carly Fiorina said on CNN that Generals David Petraeus and Stanley McChrystal were forced out over disagreements with the Obama White House.

Actually, Petraeus stepped down amid a sex scandal. Investigators later found he had passed classified documents to his mistress. The former general has publicly apologized several times. Stanley McChrystal resigned his post after trashing the administration in a Rolling Stone profile.