This Group Has Given Out 160 Million Books To Kids 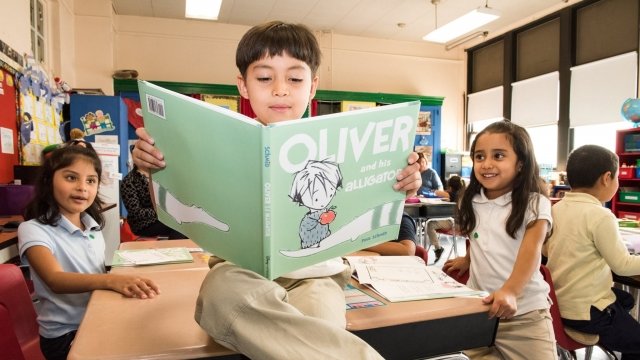 Many of the kids First Book reaches have never had their own books.

Some kids in the U.S. are still struggling to get their hands on books. And almost two-thirds of fourth graders aren't proficient in reading.

Having books and being able to read well sets a precedent for a child's later success. So one organization is working to get books to people who wouldn't otherwise have them.

The Human Library Movement: Where People Are The Books To 'Read'

The events, which are meant to help start tough conversations, are popping up around the world.

One study found that some high-poverty neighborhoods in Detroit, Los Angeles and Washington, D.C., had few locations where parents could even buy books. These places are known as "book deserts."

To help bridge this gap, First Book connects children in need with new books donated by publishers or funded by private donors. The nonprofit organization says it reaches 3 million kids a year and has given out 160 million books.