First Round Of States To End Federal Pandemic Unemployment Benefits 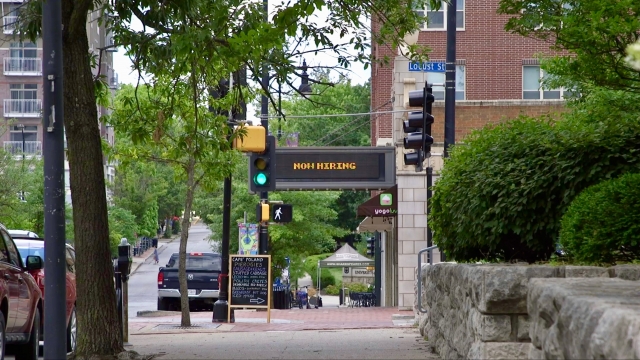 Four states are ending the federal pandemic unemployment benefits as businesses across the country say they're struggling to find workers.

"Of all the interviews I set up, only 20 percent actually show up for the interview," said Tom Masters, general manager of Fuzzy's Taco Shop in Columbia, Mo.

Tom Masters manages a taco shop in Columbia, Mo., and like business owners across the country, he's struggling to find workers.

"Just trying to get people in the door for interviews is like one of the hardest things I've ever done. It's never been like this. You know, I've done this for 20 years. I've never had to struggle hiring people like this before," said Masters.

He's hopeful things will improve soon when his state becomes one of the first in the country to roll back federal pandemic unemployment benefits.

Starting June 13, Iowa, Missouri, and Mississippi will no longer offer any of the federal pandemic unemployment benefits. That means an end to the extra $300 per week. An end to the program allowing 53 extra weeks of benefits. And no more eligibility for self-employed or gig workers. Alaska is making changes too. It's ending the program that provides the extra $300 per week, but continuing the others.

The changes are coming three months earlier than expected for an estimated 300,000 people receiving some kind of unemployment payment in those four states.

Over the next four weeks, 21 other states will take similar steps to roll back unemployment benefits to pre-pandemic levels. Most of them are ending all federally funded pandemic programs, while Ohio, Florida and Arizona will only end the $300 weekly addition.

"It is important for people to understand, factually, that the President, no one from the administration has ever proposed making these permanent or doing it over the long term," said White House Press Secretary Jen Psaki.

The White House has defended the benefits as critical help for Americans struggling during the pandemic. Some argue low wages and lack of affordable child care are what's holding down employment numbers. But Republicans think the extra money is causing the country's hiring struggles.

"The consequences now on Main Street are in full focus as hiring lags, employers are struggling to entice workers to rejoin and keep their facilities staffed," said Senate Minority Leader Mitch McConnell.

It's too soon to know how these changes will impact hiring. But Masters is hopeful he'll see a boost in applications.

"I think people are starting to realize, you know, my money is about to run out. I need to go get a job soon," said Masters.