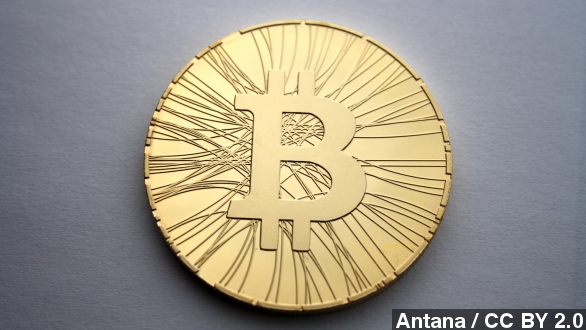 In just the latest sign bitcoin won’t be going away anytime soon, the first licensed, U.S.-based exchange for the cryptocurrency has now gone live.

Known as Coinbase, the startup exchange debuted Monday morning, initially causing a spike in bitcoin's value from about $250 each to more than $300 each, which could go a long way to cement the currency’s legitimacy. Previously, Bitcoin traders were forced to deal overseas, often with exchanges prone to security issues. (Video via International Business Times)

Most notably, Japan’s Mt. Gox exchange was forced to file bankruptcy in 2014 after nearly half a billion dollars worth of Bitcoin disappeared, presumably due to hacking or an inside job. (Video via BBC)

Duke University finance Professor Campbell R. Harvey told The Wall Street Journal, "To have an organized exchange that has the backing of thoughtful venture capitalists and investors addresses one of the main problems with bitcoin: its extreme volatility."

Based in San Francisco, Coinbase has already raised more than $100 million for operations and claims to have 1.9 million users and 38,000 merchants using the firm already.

But its time as the only U.S.-based bitcoin exchange might be short-lived.

Coinbase will reportedly take a .25 percent cut from most transactions taking place on its exchange. It currently only has regulatory approval in about half of the states in the U.S.