How A Fitness Tracker Subverted The World's Most Powerful Militaries 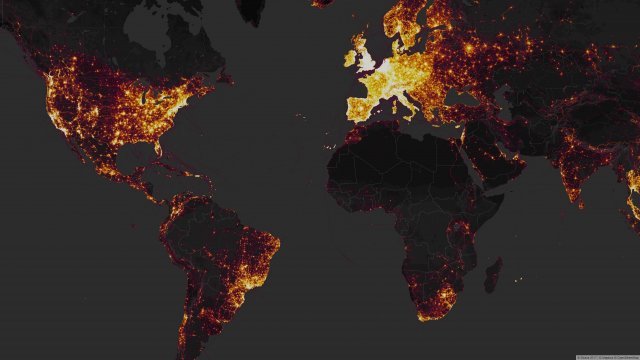 Turns out it's pretty easy to find military bases in parts of the world where soldiers are the only ones using fitness tracking apps.

Military bases, patrols, convoy routes — these are generally things the world's most powerful militaries don't want you to find. But ... a fitness app has kinda' thrown a wrench in that.

As an Australian college student noticed — a heatmap released by the fitness tracking app Strava happens to be a pretty good way of finding military bases around the world.

Turns out, soldiers in conflict zones are pretty easy to spot when they're pretty much the ones in that area using fitness trackers.

Take Afghanistan as an example. Using Strava's heatmap, you can clearly see some activity here. If you look on Google Maps, there's nothing there. But switch to a more recent satellite image from something like Planet Labs and … there we are: Forward Operating Base Apache and the adjoining Afghan National Army Camp Eagle.

The general location of these places are not exactly big secrets — some of them have been reported in the past, even. But Strava's heatmap makes them a cinch to find. And that's not the only reason it's a problem for militaries around the world.

War In The Digital Age: There's Video Of Everything

In the digital age, everyone can see what's going on during war.

Dr. Jeffrey Lewis told Newsy that "on top of just knowing there's a base, what you end up getting is a kind of pattern of activity. Mostly it's just people going out and exercising, but you can see where they go in and out. And so you can get a sense of where the security perimeter is."

Lewis is a nuclear policy expert at the Middlebury Institute. He and his team have been combing through the Strava data to learn more about sensitive military sites around the world.

"The places where people follow the rules, are also really interesting. When you see a bunch of people running up to a gate and then stopping … you realize that it's a security perimeter and they're either checking their device or turning around and going back," Lewis said. "So suddenly the places where you don't see activity are noteworthy."

In a piece for the Daily Beast, Lewis wrote about how Strava is particularly bad for Taiwan's secretive missile program. In fact, according to Lewis, the heatmap's a much bigger problem for the U.S. and its allies than it is for adversaries.

"Anybody who's not using traditional SIGINT but instead relies on hacking and targeting users. If you're in that game, if you're trying to find people who work at facilities who have poor cyber hygiene — this is an interesting vector to start tracking them. It's good for the Koreans, it's good for the Chinese… I imagine it's good if you're a terrorist. It's like bad all the way around."

This information is useful on its own. But, combined with other open source information — it becomes a powerful tool for learning about where bases are, or even who the people are inside them.