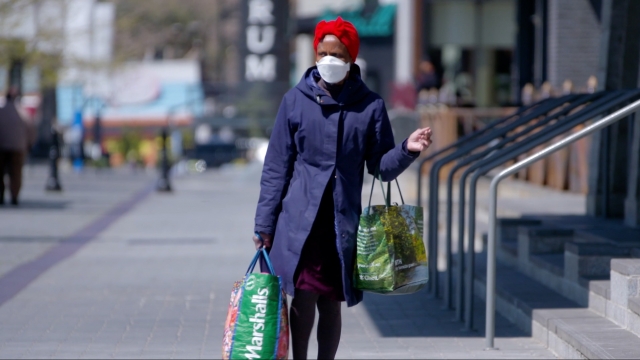 Eight months. That’s how much longer a Black woman typically has to work to make the same amount of money as a White man. August 13th marks that day, the Black Women's Equal Pay Day. On average, a Black woman makes 62 cents for every dollar paid to a White non-Hispanic man, which means she had to work an additional 8 months to earn what a White man made in a year.

Andrea Johnson, Director of State Policy, The National Women's Law Center says, "That wage gap for Black women has not budged for almost a quarter century. So it's a really important day to recognize, not celebrate, but to recognize and really call out the fact that women's work is being devalued."

That pay gap adds up. Over a 40-year career, a Black woman could lose an average of $900,000 compared to a White man. And that pay gap can be especially difficult to bear in a pandemic. Jocelyn Frye is an expert on pay equity.

"What we know about the pandemic is that there's been a tremendous amount of job loss for women generally, black women specifically," says Frye. "They will work in a lot of jobs that have been deemed essential. So on the one hand, they're essential jobs, but they're low-paid jobs. They're the cashiers in your grocery stores. They're the nursing assistants."

Iceland is the most gender equal country in the world for the 11th year in a row, according to a new report by World Economic Forum.

According to the Center for American Progress, from February 2020 to July 2020, Black women saw the largest employment-population ratio drop compared to other women. Not only have Black women experienced tremendous job loss in this pandemic, but about two-thirds of Black mothers are the primary breadwinners in their families.

Experts we spoke to say solutions include passing the $15 minimum wage bill that will lift low-wage worker salaries. They said, companies can start by being transparent about their wage gap — even making it public and getting rid of that salary history.

"Asking for salary history in the hiring process, in the interview process, that forces women, women of color in particular, to carry pay gaps with them throughout their careers," says Johnson.

The artist plans to raise thousands of dollars for organizations fighting for racial equality.

How can Black women better navigate these pay inequities?

"It is true that there is a gap with pay. However, you can overcome that gap. There are women out there every day who are negotiating and grasping for more, who are getting higher titles, were getting higher pay," says Dorianne St. Fleur, a career and leadership coach.