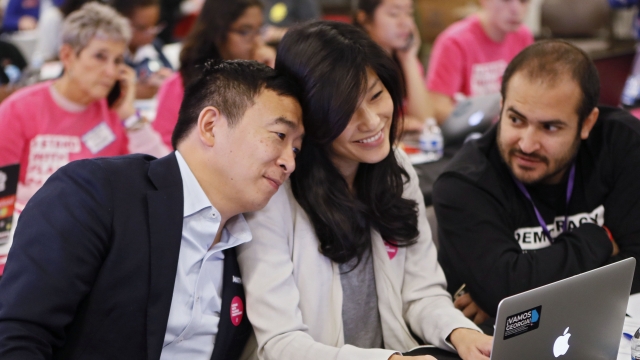 "What happened to me should have never happened."

The wife of presidential candidate Andrew Yang revealed, in a CNN interview, she was sexually assaulted by her OB-GYN while seven months pregnant with the couple's first child.

"Grabbed me over to him. And undressed me and examined me. Internally, ungloved. And at first I was a little… what's going on here?" said Yang.

Yang says she was assaulted by Dr. Robert Hadden in 2012 and that, leading up to it, he asked her inappropriate questions about her sex life with her husband. She says she learned months later that another woman had told police Hadden had allegedly assaulted her as well. She says she then told her husband what had happened and sought out an attorney.

At least 17 other women have accused Hadden of assault. Hadden was ultimately indicted on multiple felony sex charges, and received a plea deal. Hadden lost his medical license and had to register as the lowest level sex offender, but received no jail time.

Yang says she is sharing her story with the hope of empowering and helping other women. CNN reports that Yang and dozens of other women are suing Hadden and Columbia University, where he formerly worked.