Flies Carry Even More Bacteria Than You Might Think 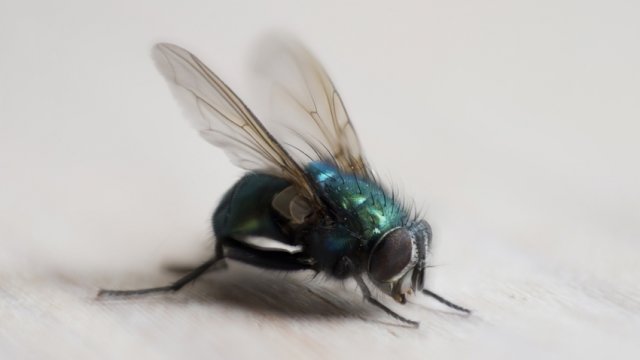 And they can serve as vectors of disease.

Flies can be pretty annoying. But one international team of researchers says they could also be harmful.

In a recent study, researchers found flies carry more bacteria than they expected — sometimes hundreds of species. The results support a common idea that flies might serve as powerful vectors for disease, exposing humans and other animals to harmful microbes.

Mosquitoes Are Awful. So Why Haven't We Tried Exterminating Them?

Mosquitoes are the deadliest animals on Earth, but scientists warn that exterminating all of them could have disastrous consequences.

The findings might not be all that surprising, given flies' love of feces and rotting matter, where bacteria are plentiful. Flies can easily pick up that bacteria and carry it to humans.

The good news is researchers could study these flies to learn more about how diseases spread or how pandemics begin. Knowing the risks flies pose could help public health professionals contain potential outbreaks.

The study's scientists said flies might even act as early warning systems and that if we could monitor the microbes they carry, we could see when certain harmful bacteria are present.