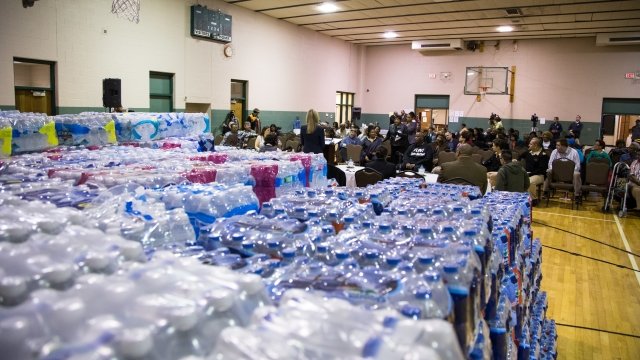 Flint Mayor Karen Weaver said she hopes state officials consult with medical and public health professionals before a decision is made.

For the past year, Flint's water has tested pretty clean. And unless new tests show lead or copper levels above the federal threshold, the city's water distribution program could end as soon as next month.

Flint's Lead Water May Have Caused A Spike In Fetal Deaths

A study found a 58 percent increase in fetal death rates after the city in Michigan switched its water source in 2014.

Flint Mayor Karen Weaver said in a statement that she would consult with medical and public health professionals before supporting the decision. She said she hoped other state officials would do the same.

If the distribution program is cut, it likely wouldn't affect the bottled water supplied in Flint schools. That water is reportedly from private donations. A Flint schools spokeswoman told MLive the district is working on ensuring the donations last the remainder of the school year.