Flooding In Central Appalachia Kills At Least 16 People In Kentucky 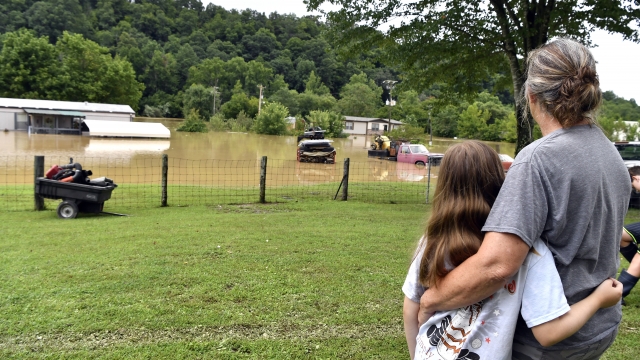 Update: This article has been updated since its original publication to highlight a new death toll. 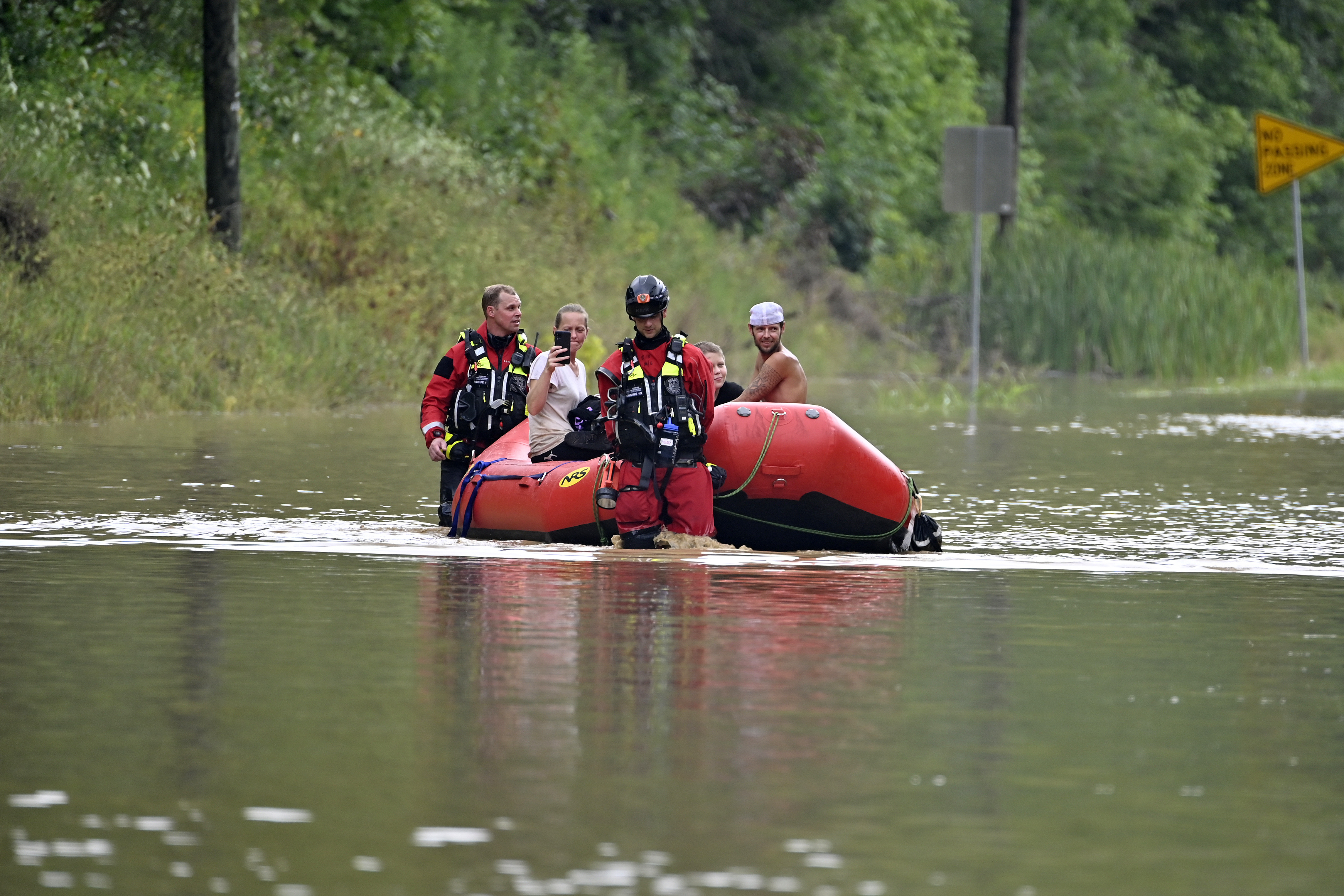 Trapped homeowners swam to safety and others were rescued by boat as record flash flooding killed at least 16 people in Kentucky and swamped entire Appalachian towns, prompting a frenzied search for survivors Friday through some of the poorest communities in America.

Authorities warned the death toll would likely grow sharply as search efforts continued. The rain let up early Friday morning, but some waterways were not expected to crest until Saturday and more storms were forecast to roll through the region early next week.

It’s the latest in a string of catastrophic deluges that have hammered parts of the U.S. this summer, including St. Louis earlier this week and again on Friday. Scientists warn climate change is making weather disasters more common.

Water poured down hillsides and into Appalachian valleys and hollows where it swelled creeks and streams coursing through small towns. The torrent engulfed homes and businesses and trashed vehicles. Mudslides marooned some people on steep slopes.

Rescue teams backed by the National Guard used helicopters and boats to search for the missing. But some areas remained inaccessible and Kentucky Gov. Andy Beshear said the death toll was “going to get a lot higher." It could take weeks to account for all victims, he said.

Patricia Colombo, 63, of Hazard, Kentucky, got stranded after her car stalled in floodwaters on a state highway. Colombo began to panic when water started rushing in. Her phone was dead, but she saw a helicopter overhead and waved it down. The helicopter crew radioed a team on the ground that pulled her safely from her car.

Colombo stayed the night at her fiance’s home in Jackson and they took turns sleeping, repeatedly checking the water with flashlights to see if it was rising. Colombo lost her car but said others who were struggling prior to the floods had it worse.

“Many of these people cannot recover out here. They have homes that are half underwater, they’ve lost everything," she said.

The water came into Rachel Patton's Floyd County home so quickly that her mother, who is on oxygen, had to be evacuated on a door floated across the high water. Patton’s voice faltered as she described their harrowing escape.

“We had to swim out and it was cold. It was over my head so it was, it was scary,” she told WCHS.

Beshear told The Associated Press that at least two children were among the victims and that the death toll could more than double as rescue teams reach more areas.

At least 33,000 utility customers were without power. The flooding extended into western Virginia and southern West Virginia, across a region where poverty is endemic.

“There are hundreds of families that have lost everything,” Beshear said. “And many of these families didn’t have much to begin with. And so it hurts even more. But we’re going to be there for them.”

Extreme rain events have become more common as climate change bakes the planet and alters weather patterns, according to scientists. That’s a growing challenge for officials during disasters, because models used to predict storm impacts are in part based on past events and can’t keep up with increasingly devastating flash floods, hurricanes and heat waves.

“This is what climate change looks like,” meteorologist and Weather Underground founder Jeff Masters said of flooding in Appalachia and the Midwest. “These extreme rainfall events are the type you would expect to see in a warming world.”

A day before the floods hit Appalachia, the National Weather Service had said Wednesday that there was a “slight to moderate risk of flash flooding” across the region on Thursday.

The floodwaters raging through Appalachia were so swift that some people trapped in their homes couldn’t be immediately reached, said Floyd County Judge-Executive Robbie Williams.

Just to the west in hard-hit Perry County, authorities said some people remained unaccounted for and almost everyone in the area had suffered some sort of damage.

“We’ve still got a lot of searching to do,” said Jerry Stacy, the emergency management director in Perry County.

More than 290 people have sought shelter, Beshear said. And with property damage so extensive, the governor opened an online portal for donations to the victims.

President Joe Biden called to express his support for what will be a lengthy recovery effort, Beshear said, predicting it will take more than a year to fully rebuild.

President Biden also declared a federal disaster to direct relief money to more than a dozen Kentucky counties, and the Federal Emergency Management Agency appointed an officer to coordinate the recovery. FEMA Administrator Deanne Criswell said at a briefing with Beshear that the agency would bring whatever resources were necessary to support search and recovery efforts.

Even the governor had problems reaching the devastation. His initial plans to tour the disaster area were postponed Friday because of unsafe conditions at an airport where he was to land. He got a look at the flooding later in the day aboard a helicopter.

“Hundreds of homes, the ballfields, the parks, businesses under more water than I think any of us have ever seen in that area,” the governor said. “Absolutely impassable in numerous spots. Just devastating.”

Portions of at least 28 state roads in Kentucky were blocked due to flooding or mudslides, Beshear said. Rescue crews in Virginia and West Virginia worked to reach people where roads weren’t passable.

Gov. Jim Justice declared a state of emergency for six counties in West Virginia where the flooding downed trees, power outages and blocked roads. Gov. Glenn Youngkin also made an emergency declaration, enabling Virginia to mobilize resources across the flooded southwest of the state.

The National Weather Service said another storm front adding misery to flood victims in St. Louis on Friday could bring more thunderstorms to the Appalachians in coming days.