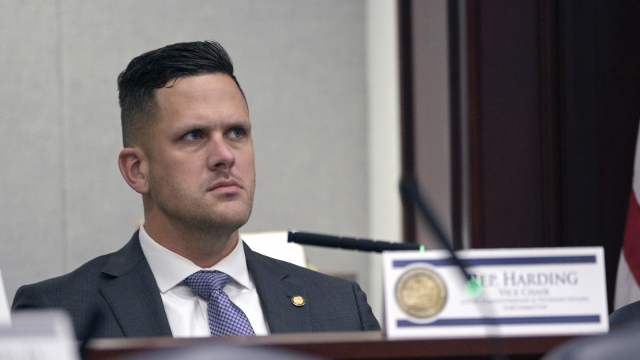 Federal prosecutors said Rep. Joe Harding, 35, illegally obtained or tried to obtain more than $150,000 from the Small Business Administration in pandemic aid loans. He is being charged with two counts of wire fraud, two counts of money laundering and two counts of making false statements.

Since 2020, the Secret Service has seized over $1.4B in fraudulently obtained funds and helped return $2.3B to state unemployment insurance programs.

Harding, a Republican, became nationally known this year over his sponsorship of a law that forbids instruction on sexual orientation and gender identity in kindergarten through third grade, as well as material that is not deemed age-appropriate.

"I want the public and my constituents to know that I fully repaid the loan and cooperated with investigators as requested," Harding said in a written statement.

The Republican speaker of the Florida House of Representatives has temporarily removed Harding from his committee assignments in the Legislature.