Florida Man Finds Python Under The Hood Of His SUV 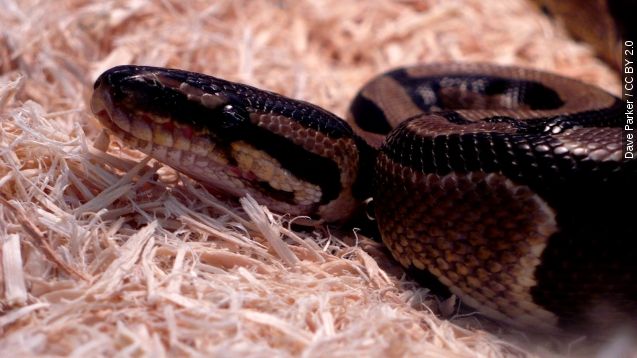 When a Florida man's SUV overheated, he popped the hood and found a 3-foot snake.

This snake is either a budding mechanic or getting some much-needed R&R.

A 3-foot ball python crawled into the engine of an SUV in West Palm Beach, Florida. But then, the car overheated, causing the owner to open the hood; that's where he found the slithery intruder. He called the police, who called in a snake wrangler.

"After a little convincing," the WPTV anchor said.

"Kind of tapped its tail a little bit to get it to move, and then it crawled back up into the engine compartment," said Mark McCarthy, the snake wrangler.

"McCarthy was able to bring the snake back to his wildlife sanctuary where he'll have plenty of company," the WPTV reporter said.

"Stick his head out there, go 'hello,'"McCarthy said.

And the SUV owner may not have known, but the ball python is the most popular pet python. He could have taken him home.

Guess he wasn't a snake person. So, as Newsy's partners at WPTV report, the snake was rescued. And the driver of the SUV had a fun story to tell everyone at work.