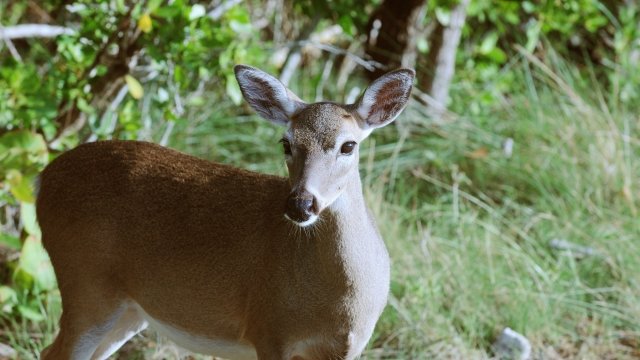 As people assess Hurricane Irma's damage in south Florida, some are worried how the region's unique animal residents fared.

Florida is home to 50 endangered species; some of those are only found around the Florida Keys. For example, there are fewer than a thousand Key deer left, and they all live on some two dozen low-lying islands.

And while endangered species might be federally protected, there's not much we can do for them when a hurricane comes through. Staff at the National Key Deer Refuge evacuated and had to leave the deer behind.

Florida Already Had A Lot Of Mosquitoes, And Irma Could Make It Worse

Floodwater left by hurricanes could boost the local population of mosquitoes, some of which carry dangerous diseases.

But wild animals are used to bad weather — even really bad storms. It's the same reason zoos in Florida didn't evacuate: Animals tend to stay put during a hurricane anyway. Decades of storms haven't wiped any of them out — not even the critically endangered Florida panther.

And wildlife officials point out these animals adapted to their habitats; otherwise, they wouldn't live there. For Key deer living on an island, that means knowing how to swim.