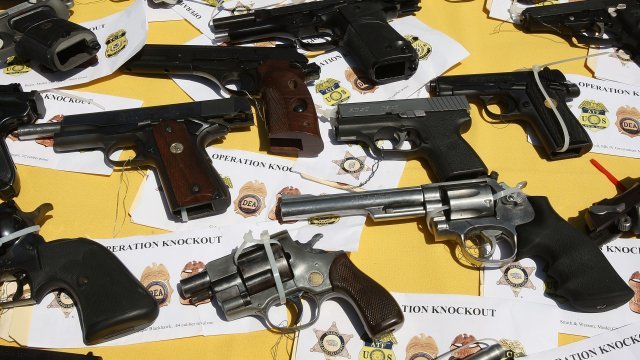 A Florida judge ruled the state's legislature didn't have the authority to change the state's controversial "stand your ground" self-defense law.

A Florida judge has ruled that tweaks to the state's controversial "stand your ground" law are unconstitutional.

The original law, passed in 2005, made it easier for people to justify threatening or using force to defend themselves.

Congress Could Change The Process For Getting Gun Silencers

Bills introduced in both houses of Congress are aimed at expediting the process of getting a silencer and removing the tax associated with it.

And Florida's lawmakers made that defense even easier last month by changing the law. Now prosecutors have to actively disprove any self-defense claims before the case is brought to trial.

But Miami-Dade Circuit Judge Milton Hirsch said the legislature doesn't have the power to make those kinds of legal tweaks. That right is reserved for the state's Supreme Court.

Hirsch's ruling won't affect how "stand your ground" is implemented in other cases. But it will probably trigger an appeal, which might end up before Florida's Supreme Court.