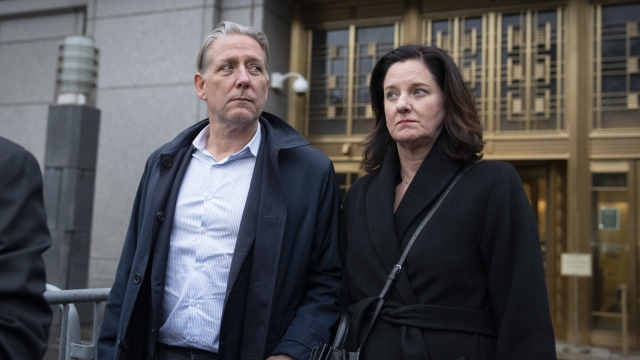 Tracy Walder, a former CIA officer and FBI special agent, is no stranger to problematic colleagues.

"When I first started at the bureau, I actually replaced the agent who was having an affair, basically, with his female Chinese asset," Walder said.

Walder spoke with Scripps News about what could be one of the worst cases of an FBI official undermining the bureau. It’s someone who oversaw her counterintelligence work on China — Charles McGonigal. He went on to become the special agent in charge of counterintelligence in the FBI’s New York field office, until retiring in 2018.

In twin indictments, unsealed in New York and Washington this week, federal prosecutors accuse 54-year-old McGonigal of concealing relationships with foreigners and secretly profiting from his work.

"My response to Charlie McGonigal being charged was shock, anger, and then worry," Walder said.

The U.S. government says while he was still in the FBI, McGonigal allegedly worked with a former Albanian intelligence officer and an Albanian employed by a Chinese energy conglomerate. He also had an ongoing relationship with Albania’s prime minister and got the FBI to investigate a U.S. citizen lobbying against the prime minister’s political party.

SCRIPPS NEWS' SASHA INGBER: How deep do you believe that Russia's infiltration of the U.S. intelligence community goes?

TRACY WALDER: I believe that Russia's infiltration into the intelligence community goes extremely deep. I also feel the same way about China and some other foreign intelligence organizations.

Walder says she’s surprised that agencies continue to struggle to prevent foreign recruitment, even with new tactics, but back in 2004 she didn’t see any red flags in McGonigal.

"I think at that time, nothing really stood out to me. As you know, as a person who's being bought, basically, by Russian oligarchs, none of that stood out to me. Was he a kind person? No. Was he difficult? Yes. But that didn't stand out to me as unusual per se," Walder said.

She says China wasn’t a major U.S. priority in the early 2000s, when McGonigal was the director of the Asia Near East Counterintelligence division. She says he didn’t appear invested in what the FBI was doing.

"I think he viewed it as 'this is something I have to do to move on to the next step within the FBI,'" Walder said.

But he ended up overseeing an investigation into whether a mole was behind a devastating string of incidents, in which CIA informants were jailed or killed in China.

"Charlie worked one of the largest and most sensitive counterintelligence cases really that the CIA had. So in about 2010, the CIA noticed that some of their human assets in China were either disappearing, being killed, drying up, and they suspected that there was a mole within their agency. And so they called in the FBI to conduct that investigation," she said. "And that went on for about two years. And the person that they found was a CIA employee named Jerry Lee. He was giving the Chinese government the names of CIA's sources in China, and Charlie was the person tasked with finding him."

Walder says a damage assessment, a classified review of McGonigal’s lengthy career, could take months or even years. It could potentially put the conviction of Jerry Lee in jeopardy. Lee was found guilty in 2019 of conspiring to spy for China. Walder has the same concern for other cases McGonigal was involved in, including an early case of Chinese operatives stealing U.S. secrets — like cloaking technology for nuclear submarines.

And then there was McGonigal’s contribution to Robert Mueller’s investigation into Russian interference during the 2016 election. Walder fears that names of U.S. spies and sources overseas could also be in jeopardy.