For Biopics, Forget The History; It's How The Story Is Told 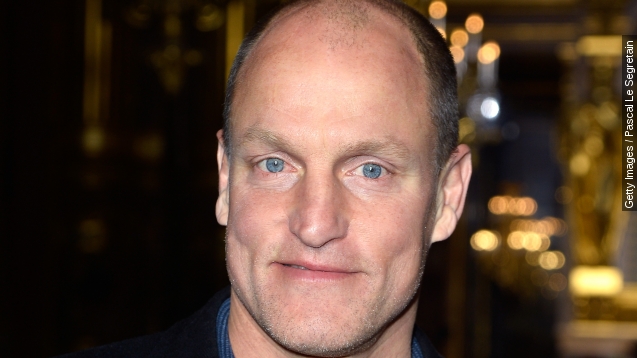 In yet another biopic, Woody Harrelson has signed on to play LBJ. These types of films seem to be increasingly popular and are winning tons of awards.

Is Woody Harrelson running for president?

No, but he's signed on to play former president Lyndon B. Johnson in the upcoming biopic "LBJ."

Rob Reiner, the man behind classic movies like "A Few Good Men" and "When Harry Met Sally," will produce the movie that focuses on Johnson's rise to the Oval Office in the aftermath of former president John F. Kennedy's assassination.

This news comes a day after the Ruth Bader Ginsburg biopic "On The Basis Of Sex," starring Natalie Portman, landed a female director with a 2015 Sundance Film Festival favorite Marielle Heller.

These two films are the latest in what seems like a increasingly large number of biopics hitting theaters.

In October, Aaron Sorkin's "Steve Jobs" will premiere in theaters, starring Michael Fassbender as the iconic Apple co-founder. Hopefully, the movie — which is based off Walter Isaacson’s biography by the same name — will be more successful than 2013's "Jobs," starring Ashton Kutcher.

It was also announced earlier this month Clint Eastwood will direct a movie based on the pilot who landed a plane in the Hudson River, Chesley "Sully" Sullenberger.

This will be Eastwood's first movie since his critically acclaimed biopic "American Sniper," which grossed over a half billion dollars at the box office.

The influx of biopics in production could be a result of the success of biopics lately. Including "American Sniper," four movies based on true stories were nominated for Best Picture at the 2015 Academy Awards.

Oscar-nominated movies "The Imitation Game" and "The Theory of Everything" fared very well both at the box office and on the awards circuit.

Movies like "American Sniper" and "The Imitation Game" most likely found success because people were intrigued by the real-life stories, and the producers framed the stories within certain genres.

As The Sydney Morning Herald points out, "'Biography' is the shelf you might find the book on, but it isn't itself a narrative style."

If the upcoming biopics want the success Oscar-nominated movies saw last year, a good strategy might be adapting the real-life story into a genre-focused movie.

Otherwise, they could find themselves in the company of past biopics that have been considered flops, like Benedict Cumberbatch's "The Fifth Estate" — based on Wikileaks founder Julian Assange — which only grossed $8.5 million.

This video includes images from Getty Images and music by Brenticus / CC BY 3.0.