For Many, Harris Evokes New Sense Of Connection To White House 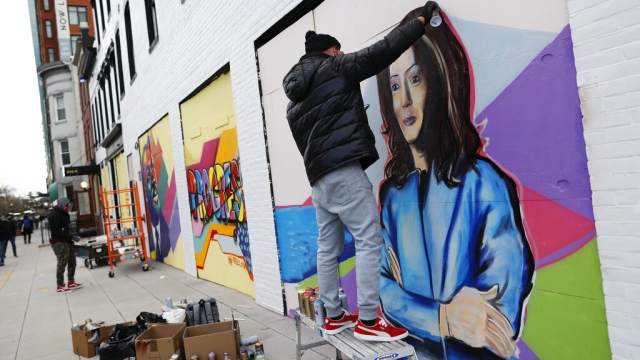 Many people feel connected to Kamala Harris as the first woman VP, the first Black VP and the first VP of Asian descent.

“We did it. We did it, Joe,” said Vice President Harris.

“It's almost like you feel seen as a Black woman,” remarked Donna Schiele.

For Atlanta radio host Donna Schiele, an HBCU grad and Alpha Kappa Alpha sorority member, the "we" in “we did it” means more than just Kamala Harris and Joe Biden.

“There's so many connections that I have with her. And I've never, I guess, felt like I had that much connection with someone at such a high level,” Schiele reflected.

The new vice president represents a connection for many people. The first female VP, the first Black VP, the first VP of Indian descent. It’s a diverse background she embraces and learned from her mother.

“My mother was very aware that she was raising two Black girls to be two Black women. And she did that instilling in us pride in our culture and cultures,” said Harris.

As an immigrant and one of the only women of color employed as a scientist at the University of California Berkeley at the time, Shyamala Gopalan Harris also taught her daughter the importance of representation in the workplace, the hard work of being a single parent and the significance of her Indian roots.

There was another factor that contributed to Harris’ perspective and upbringing: Howard University.

“You could do anything, and you didn’t have to be confined by anybody else’s idea of what it means to be Black,” said Harris.

At Howard, she stands on the shoulders of the Black graduates who came before her, like Supreme Court Justice Thurgood Marshall and former U.N. Ambassador Andrew Young.

“These are spaces of Black creativity, Black joy, Black intellectualism. I mean, these places really give to the world, their medical professionals, their legal professionals, their politicians, their religious leaders. Many of those people come from HBCUs,” said Niambi Carter, an associate professor of political science at Howard University.

It was also here at Howard she sharpened the tools needed to become California’s first female attorney general.

“I noticed in particular that she didn't back down when the fellas would get into the debates and kind of try to use their physical presence or to strengthen their voice to try to win a point,” recalled Harris’ college friend Lita Rosario.

In California, her career blossomed while simultaneously facing criticism, some saying she was too cozy with law enforcement and overly eager to convict.

Now, the critical eyes of the nation, those who feel the connection and those who don’t, will be on her as she takes her place in history.