More For-Profit Schools Are Closing Because Of Obama-Era Regulations 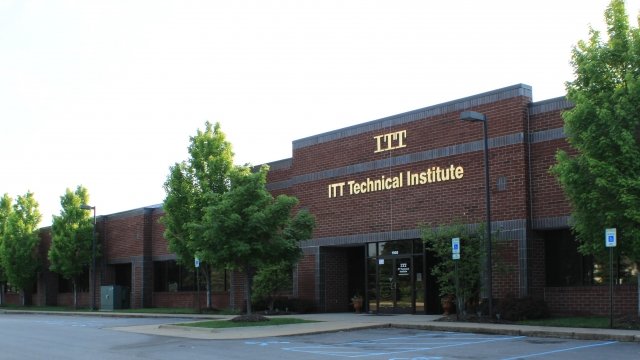 Since 2012, the number of for-profit schools has fallen by 17 percent.

A statement from ITT Educational Services targeted regulations and actions under the Obama administration as the reason for ITT Tech's closings.

But prior to the announcement, more than a dozen states and two federal agencies were investigating the institution for fraud and deceptive marketing. The U.S. Department of Education took action by stopping ITT Tech from enrolling new students who used federal aid, and the California Department of Consumer Affairs ordered the for-profit institution to cease enrollment in the state.

Both governmental bodies were weary of the financial risks associated with ITT Tech, which faced heavy scrutiny from politicians such as Sen. Dick Durbin and former Education Secretary John King.

But ITT Tech wasn't the only for-profit school under scrutiny. The Obama administration's "gainful employment" regulations — which took away Title IV student aid from potentially fraudulent schools — caused other institutions to collapse as well. Since 2012, the number of for-profit schools has fallen by 17 percent.

The regulations were set up to hold educational programs accountable and protect students from going into debt over "worthless" degrees or certificates.

Secretary of Education Betsy DeVos spoke at a recent summit in Utah.

Back in June, however, Secretary of Education Betsy DeVos suspended the rules and called them "overly burdensome." This pause gives schools another year to comply with gainful employment rules, but it also throws former students of the closed colleges in academic limbo.

Unable to transfer or find jobs, many students are now urging DeVos to reconsider her decision.