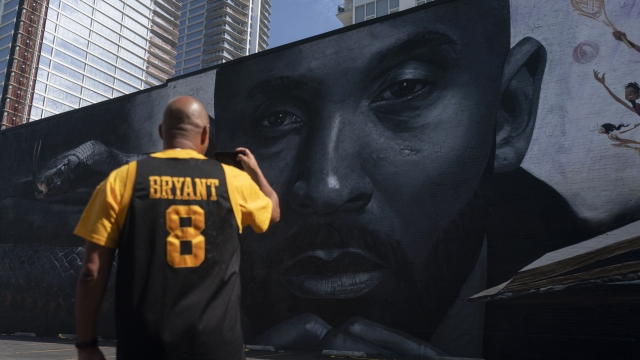 Thirteen dearly departed musicians, athletes and writers made a record-breaking $1.6B over the past year according to Forbes' annual report on the highest-paid dead celebrities. Ranked third was music icon David Bowie with $250M, ranked second was basketball legend Kobe Bryant with $400M, and at the top of the list was "Lord of the Rings" writer J.R.R. Tolkien with $500M.

But where do these riches come from? Posthumous catalog sales, business deals and license acquisitions.

Five years after Amazon spent $250M on the television rights to create a "Lord of the Rings" prequel, Tolkien's estate found another major buyer this summer: the Swedish video game company Embracer announced its acquisition of Middle Earth Enterprises for a reported $500M.

That means Tolkien's intellectual property is now split up between five different groups: Embracer, HarperCollins, Amazon, Warner Bros. and the Tolkien Estate itself.

Forbes: 400 Richest Americans Less Wealthy In 2022 Due To Inflation

For the first time since 2009, the 400 richest people in America lost money this year as a group, according to Forbes magazine.

Posthumous music catalog sales made up the bulk of the payouts for celebrity estates — with more than $450 million spent on the song catalogs and future royalties of "Starman" David Bowie, the "Godfather of Soul" James Brown, "Hallelujah" singer-songwriter Leonard Cohen, Jeff Porcaro of the rock band Toto and Latin music icon Juan Gabriel.

Other major figures — and regulars — on Forbes' list include musicians Elvis Presley and Michael Jackson, whose estates continue to make money from album and ticket sales, as well as authors Dr. Seuss and Charles Schultz, whose children's books and TV specials continue to make millions every year.