Hundreds Of Former Ambassadors Express Concerns About US Diplomacy 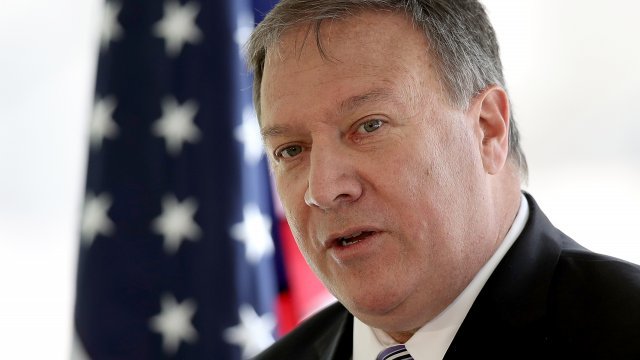 More than 200 ex-diplomats urged lawmakers to "focus public attention on the urgent need to restore the power and influence of American diplomacy."

Hundreds of former U.S. ambassadors say they're worried about the current state of American diplomacy.

More than 200 retired diplomats outlined their concerns in a letter addressed to the Republican chairman and the top Democrat on the Senate Foreign Relations Committee. The letter was organized by nonpartisan advocacy group Foreign Policy for America.

In it, the ambassadors urged the committee to "focus public attention on the urgent need to restore the power and influence of American diplomacy."

The Distance Between Tillerson's State Dept. And Trump's White House

Before his ouster, Secretary of State Rex Tillerson often took the State Department in a different direction than President Trump's White House.

And they said Mike Pompeo's nomination to lead the State Department is an opportunity to do just that.

The letter called on lawmakers to grill Pompeo on how he plans to fix several issues in order to "get American diplomacy back on a path to best promote and protect our vital interests."