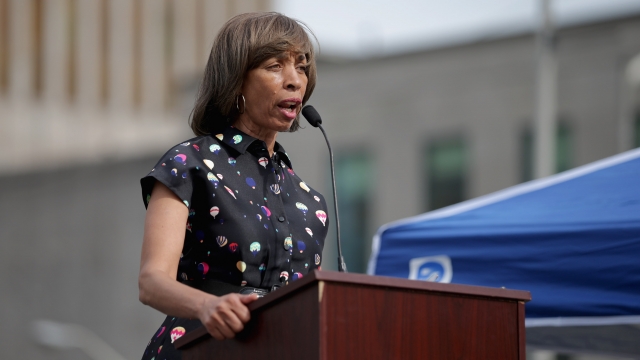 Pugh was also sentenced to three years of supervised probation after she gets out of prison.

Former Baltimore Mayor Catherine Pugh was sentenced to three years in prison on Thursday for an illegal scheme related to her self-published "Healthy Holly" children's books.

The 69-year-old pleaded guilty to four federal charges, including wire fraud and tax evasion in November.

A Baltimore Sun investigation had revealed that she had struck a no-bid contract to sell $500,000 worth of the books to a hospital system where she sat on the board of directors.

In other cases, she failed to deliver thousands of copies she had sold and had used proceeds to fund her mayoral campaign and renovate a house. She took responsibility and apologized in an almost 13-minute video released the night before her sentencing.

"I plead guilty, I’m sorry. I don’t know any other words that could be stronger. I’m so sorry," Pugh said in the video.

Pugh was elected in 2016 but resigned last May after the FBI raided her home.

"Holding public office is a rare privilege and an opportunity to serve the community and get things done that help our community and unfortunately the type of fraud and public corruption that Mrs. Pugh committed, and was sentenced to three years in federal prison for today, undermines everyone's faith in government," U.S. Attorney Robert Hur said.

Pugh also has to pay more than $400,000 in restitution and forfeit nearly $670,000, including property in Baltimore's Ashburton neighborhood. She will be on supervised probation for three years after she's released from prison.

After her sentencing, Pugh told reporters she's going to focus on her health and focus on rebuilding her life.

Pugh has until April 13 to turn herself in to start serving her sentence.