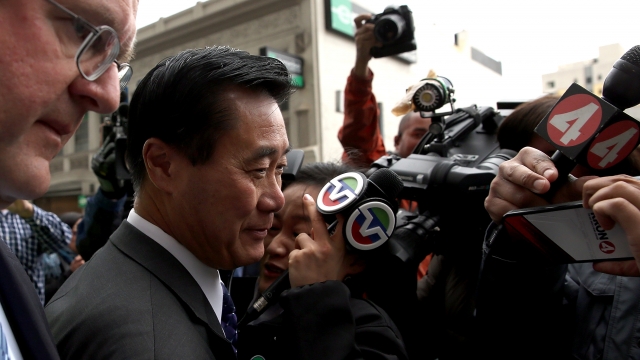 He pleaded guilty to racketeering, and now former state Sen. Leland Yee will pay for his crimes behind bars.

In July 2015, former state Sen. Leland Yee, along with three others, pleaded guilty to racketeering in federal court. Yee admitted to accepting money in exchange for political favors.

During the sentencing, the U.S. district judge told Yee: "I don't feel I can be lenient. The crimes you have committed were essentially an attack on a democratic institution."

Yee was arrested and indicted in March 2014 along with 25 others, including Raymond "Shrimp Boy" Chow, the leader of a notorious San Francisco-area gang. In January, Chow was convicted of 162 counts, including murder, money laundering and rackteering.